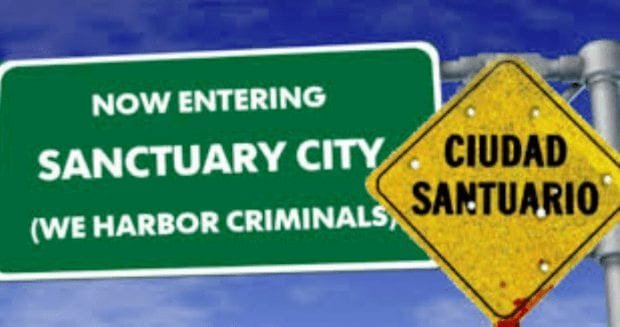 The New York City Council passed a resolution Wednesday demanding the federal government abolish U.S. Immigration and Customs Enforcement (ICE) just one day after the agency arrested 16 sexual predators, who were also aliens, in the city.

The resolution, which passed in a voice vote, says, “ICE, under the direction of President [Donald] Trump, has demonstrated an inability to fulfil [sic] its duties without violating due process, human rights, transparency, public accountability, or an adherence to domestic and international law.”

Some of the criminal aliens ICE arrested just before the new resolution had detainers against them, but NYC officials elected to ignore the detainment request and set the sexual predators loose on the citizens of New York City.

In the course of Operation SOAR, ERO deportation officers apprehended 16 aliens with criminal histories related to sexual offenses. Of those arrested, 5 were previously released from local law enforcement on an active detainer. ICE places detainers on individuals who have been arrested on local criminal charges and who are suspected of being deportable, so that ICE can take custody of that person when he or she is released from local custody. When law enforcement agencies fail to honor immigration detainers and release serious criminal offenders onto the streets, it undermines ICE’s ability to protect public safety and carry out its mission.

The city council’s resolution ignores the costs to the community of their sanctuary city policies. Releasing criminal aliens, child sexual predators, back into the community despite a federal detainer should be cause for concern in New York City, but no, not this city council. They’re focused on getting rid of the only law enforcement agency taking these creeps off the street.

“The United States of America does not need an opaque and rogue agency operating in our communities, dehumanizing our neighbors, and acting without consequence,” the resolution reads. “the Council of the City of New York calls upon the U.S Congress to pass, and the President to sign, the Establishing a Humane Immigration Enforcement System Act (H.R. 6361), legislation that would abolish the U.S. Immigration and Customs Enforcement.”