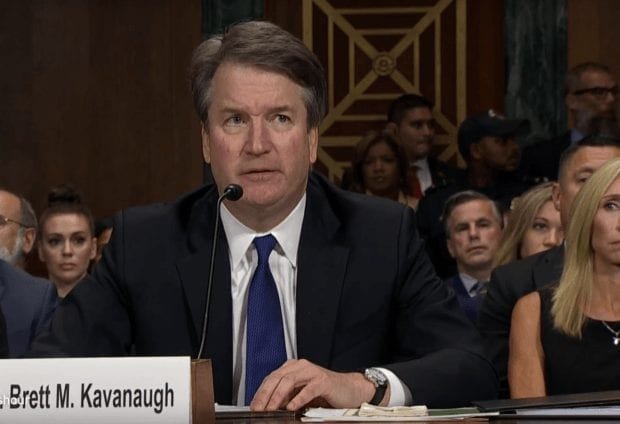 The first vote in the three-step process to confirm Judge Brett Kavanaugh will happen Friday morning, according to Senate sources.

The Senate Judiciary Committee will vote Friday on Supreme Court nominee Brett Kavanaugh, setting up a Saturday procedural vote by the full Senate and a final confirmation vote on Tuesday.

The decision to proceed with the voting came just a few hours after the conclusion of an emotion-packed hearing that aired a flimsy, decades-old, and uncorroborated sexual assault allegation against Kavanaugh against which the Federal Judge more-than-adequately defended himself.

Sen. Bill Cassidy, R-La., said after a closed-door GOP meeting Thursday night that the leadership has not determined whether they have at least 50 votes needed to advance Kavanaugh’s nomination on the Senate floor.

“They haven’t done a whip count,” Cassidy said after the meeting.

“To my Republican colleagues, if you vote no, you’re legitimizing the most despicable thing I have seen in my time in politics.”

That same message resounds with the Republican base across the country. They should vote yes if they want us to do the same.

Support Conservative Daily News with a small donation via Paypal or credit card that will go towards supporting the news and commentary you've come to appreciate.
Tags
Brett Kavanaugh