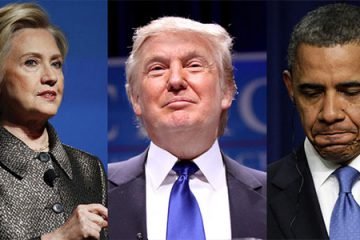 “But hidden underneath that thin veneer is a lust for power racing in top gear”—parody song on Hillary heard on Rush Limbaugh’s show. 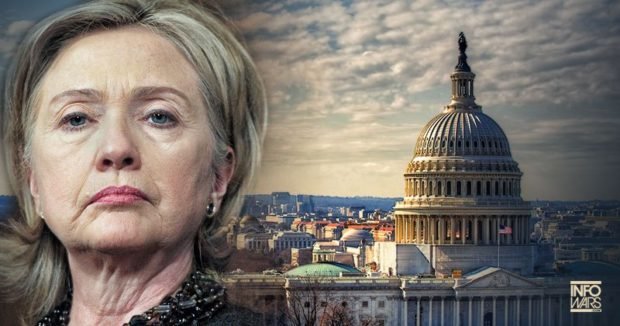 Right before the election, Obama was asked by a reporter if it was possible to rig an election. Obama replied that it was impossible for an election to be rigged, but right after Trump won they cried, “fraud, fraud, fraud and collusion.”

Now we are finding it was Hillary and Obama who rigged the election with the superdelegates thus stealing it from Bernie and paying a foreign national spy Christopher Steel a million dollars laundered thru a law firm known as Fusion GPS to write a phony dossier on Trump and present it to a FISA court to get permission to wiretap a Trump campaign aid. 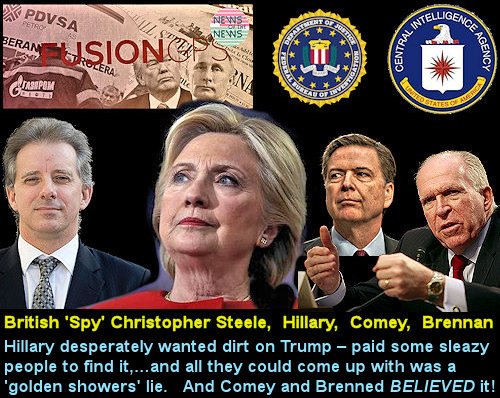 The night before the election Hillary’s manager, John Podesta sent out an e-mail saying if Hillary loses we’ll blame Russia and Trump collusion. She lost and now we have this investigation into fake crimes by Trump all in an effort to overthrow the election.

Hillary and her corrupt “team” have committed MORE CRIMES than the “dreamed up” FAKE “crimes” President Trump’s team “supposedly” committed. 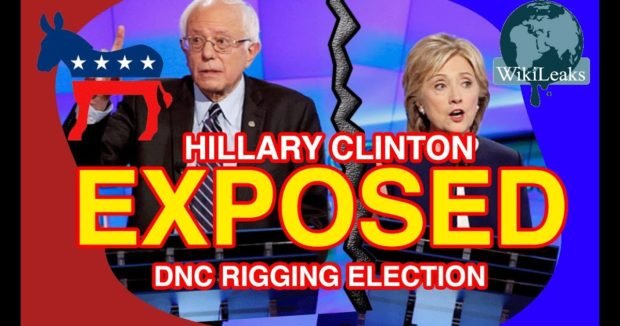 As the saying goes, a fish rots from the head down. Well, so do bad governments. Recent revelations about the behavior of President Obama and his CIA director John Brennan in pushing the bogus Russian collusion investigation suggest that’s been the case.

The release of the FISA application by the FBI to investigate alleged collusion between Russia and President Trump’s campaign and recent comments made by top officials are eye-opening.

Not only did President Obama know about the investigation, he seems to have pushed it from the very beginning.

“If it weren’t for President Obama we might not have done the intelligence community assessment that we did that set up a whole sequence of event which are still unfolding today, including Special Counsel (Robert) Mueller’s investigation. President Obama is responsible for that. It was he who tasked us to do that intelligence community assessment in the first place.”

The record shows (Brennan) went on to use his position — as head of the most powerful spy agency in the world — to assist Hillary Clinton’s campaign (and keep his job),” Kimberley Strassel wrote last week in the Wall Street Journal.

Brennan’s manic partisanship could be seen last week in an over-the-top, bizarrely unhinged tweet following Trump’s press conference after his mini-summit with Vladimir Putin. Brennan called Trump’s remarks “nothing short of treasonous” and said they exceeded “the threshold of ‘high crimes & misdemeanors.’ ”

Brennan got the ball rolling in August of 2016 by telling then former Senate Majority Leader Harry Reid a tale of Russians interfering in our election on Trump’s behalf.

It worked. Pushed on by Brennan, Reid, then the most powerful person in Congress, wrote a letter to FBI Director James Comey citing “evidence of a direct connection” between the Trump campaign and seeking an investigation.

Not only did Brennan share intelligence with the FBI, but soon after, the Democrat-linked opposition research firm Fusion GPS began leaking the “Trump Dossier” to the media. The fix was in.

As the release late last week of the FBI’s FISA court application used to spy on former Trump aide Carter Page indicates, the dossier was used extensively for the application. That’s contrary to what the FBI had maintained.

Moreover, an influential article written by Michael Isikoff detailing the dossier’s contents and Harry Reid’s letter to the FBI were likewise used to get approval for the FISA court application.

What do they all have in common? They all go back to the same phony dossier, written by former British spy Christopher Steele for Fusion GPS. It was never verified or validated by the FBI. It was bought and paid for by Hillary Clinton and her pals at the Democratic National Committee, solely to smear Trump.

Give Hillary credit: She was adept at insinuating her phony oppo research document into the public record and at using it to weaponize U.S. intelligence agencies on behalf of her failed campaign.

Recently House Intelligence Committee Chairman Devin Nunes recently spoke at a fundraiser for a Republican colleague. Nunes laid out what is at stake in the election in terms of finding the real truth about how the Obama administration spied on Donald Trump.

According to Nunes, the stakes of the election could not be clearer. If the Democrats win control of Congress then the Deep State cover-up about the Obama administration and the FBI will continue.

Democrats will wield the subpoena power and they will sweep the scandal under the rug. Democrats would also intensify the Russia investigation for two reasons.

First, they would want to bog down the Trump administration in an endless investigation and piles of document requests. That would mean staff time that could be used to implement the President’s agenda would now be occupied with responding to nuisance requests by a new Democrat majority.

Secondly, Democrats are looking for any excuse to launch impeachment proceedings against the President.

Make no mistake, something is happening.  Powerful forces in this country are still apoplectic over the election of Donald Trump. They are going to do everything they can to make sure that what happened in 2016 NEVER happens again. They can’t win the war of ideas so they resort to insults and personal attacks and shutting down any conservative speech on social media. Get ready, because things are about to get messy.

That’s why it is imperative that Republicans maintain control of both houses this November. The election will have to be watched awfully close as Dems will be trying to pull every nasty trick in the book including getting illegals to vote. 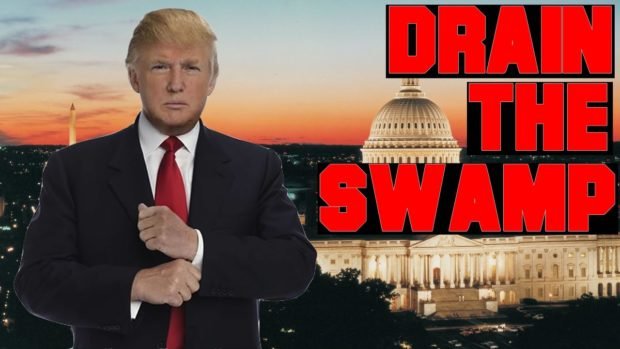