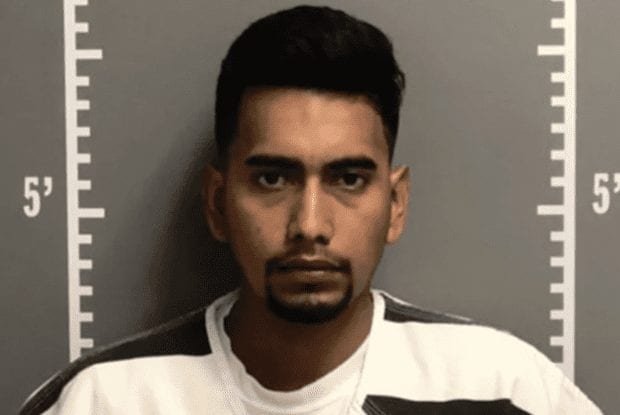 Authorities in Iowa announced today that the man charged with the murder of Mollie Tibbetts is an illegal alien.

Christian Rivera, 24, allegedly stalked Tibbetts on the night she disappeared. A security camera caught Rivera using his car, a black Chevy Malibu, to follow Mollie while she was jogging.

Rivera “seemed to be drawn to her on that particular day and chose to abduct her,” Rick Rahn of the Iowa Division of Criminal Investigation said.

Officials said that Rivera, a Mexican national, then got out his vehicle and pursued Mollie on foot. Mollie pulled out her phone and demanded that he stay away, according to Rivera’s statements to authorities. After Tibbetts demanded he stay away, Rivera said that he blacked out and does not remember anything else.

Rivera told investigators he became angry when Tibbetts showed a cell phone and threatened to call police. He says he panicked and then “blocked” his memory. He says he does not recall what happened but found an earpiece from headphones in his lap and realized he’d put Tibbetts’ in his trunk.

He opened the trunk and noticed blood on the side of her head.

Rivera told law enforcement that he then put her body in a cornfield and covered it with corn stalks. Her body was found when Rivera led police to the field where he left her.

Tibbetts’ disappearance has become a national news story and will likely receive a level of attention similar to another case where an illegal alien killed a young American woman – the murder of Kate Steinle.

Iowa does not have the death penalty.

Support Conservative Daily News with a small donation via Paypal or credit card that will go towards supporting the news and commentary you've come to appreciate.
Tags
Christian Rivera Mollie Tibbetts