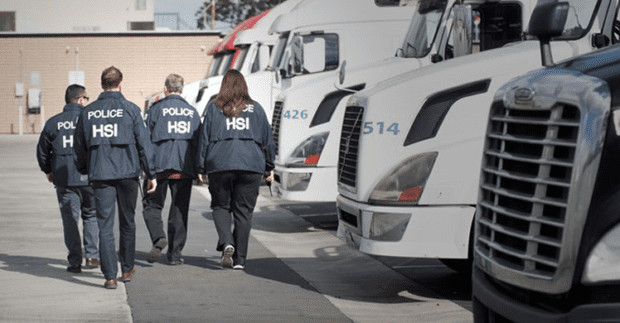 U.S. Immigration and Customs Enforcement’s (ICE) Homeland Security Investigations (HSI) announced Tuesday the results of a two-phase nationwide operation in which I-9 audit notices were served to more than 5,200 businesses around the country since January. A notice of inspection (NOI) informs business owners that ICE is going to audit their hiring records to determine whether they are complying with existing law.

“This is not a victimless crime,” said Derek N. Benner, Acting Executive Associate Director for HSI. “Unauthorized workers often use stolen identities of legal U.S. workers, which can significantly impact the identity theft victim’s credit, medical records and other aspects of their everyday life.”

While the agency routinely conducts worksite investigations to uphold federal law, HSI is currently carrying out its commitment to increase the number of I-9 audits in an effort to create a culture of compliance among employers, according to Benner.

Earlier this month, a U.S. District Court judge issued a preliminary injunction of the portion of California AB 450 preventing private employers from voluntarily cooperating with federal immigration officials conducting worksite enforcement operations. The U.S. Department of Justice, in March 2018, filed a preemption lawsuit to stop California from interfering with federal immigration authorities, including the imposition of fines against employers ranging from $2000 to $10,000 for failure to comply with AB 450. The court found the law discriminates against California employers who wish to cooperate with immigration officials enforcing the 1986 Immigration Reform and Control Act (IRCA), which requires employers to verify the identity and work eligibility of individuals they hire.

ICE is the federal agency responsible for upholding the laws established by IRCA. These laws help protect jobs for U.S. citizens and others who are lawfully employed, eliminate unfair competitive advantages for companies that hire an illegal workforce, and strengthen public safety and national security.

Under federal law, employers are required to verify the identity and employment eligibility of all individuals they hire, and to document that information using the Employment Eligibility Verification Form I-9. ICE uses the I-9 inspection program to promote compliance with the law, part of a comprehensive strategy to address and deter illegal employment. Inspections are one of the most powerful tools the federal government uses to ensure that businesses are complying with U.S. employment laws.

After receiving the NOIs, employers are required to produce their company’s I-9s within three business days, after which ICE will conduct an inspection for compliance. If employers are not in compliance with the law, an I-9 inspection of their business will likely result in civil fines and could lay the groundwork for criminal prosecution if they are knowingly violating the law. All workers encountered during these investigations who are unauthorized to remain in the United States are subject to administrative arrest and removal from the country.

Failure to follow the law can result in criminal and civil penalties. In FY17, businesses were ordered to pay $97.6 million in judicial forfeitures, fines and restitution, and $7.8 million in civil fines, including one company whose financial penalties represented the largest payment ever levied in an immigration case.

“Employers need to understand that the integrity of their employment records is just as important to the federal government as the integrity of their tax files and banking records. All industries, regardless of size, location and type are expected to comply with the law,” Benner said. “Worksite enforcement protects jobs for U.S. citizens and others who are lawfully employed, eliminates unfair competitive advantages for companies that hire an illegal workforce, and strengthen public safety and national security.”

HSI uses a three-pronged approach to worksite enforcement: compliance, from I-9 inspections, civil fines and referrals for debarment; enforcement, through the criminal arrest of employers and administrative arrest of unauthorized workers; and outreach, through the ICE Mutual Agreement between Government and Employers, or IMAGE program, to instill a culture of compliance and accountability.

Support Conservative Daily News with a small donation via Paypal or credit card that will go towards supporting the news and commentary you've come to appreciate.
Tags
i-9 Illegal Aliens Illegal immigration U.S. Immigration and Customs Enforcement