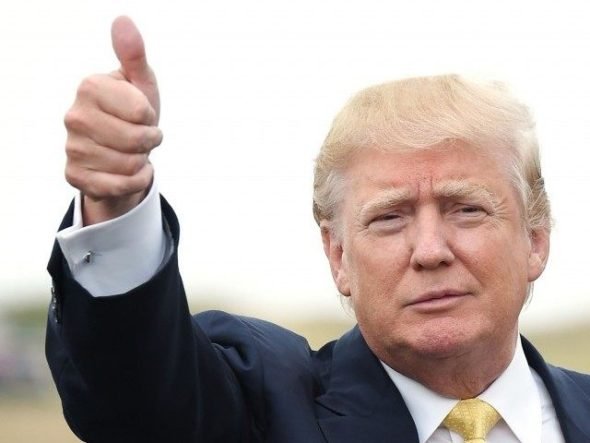 The Trump economy is not only growing, but accelerating according to the newest forecast from the Atlanta Federal Reserve’s GDPNow model.

The forecast sees consumer spending growth and private fixed investment growth increased from 3.4 percent and 4.6 percent, respectively, to 3.5 percent and 5.4 percent, respectively based on the May employment report, the construction spending report, and the Manufacturing ISM Report – all with better than expected numbers. Those same reports, that came out Friday, pushed the GDP forecast for Q2 to 4.8%.

Just a week ago, the model had pegged Q2 growth at a very positive 4.0%, increased it to 4.7% Thursday then pushed it up again on Friday to 4.8% continuing to beat President Barack Obama‘s prediction that sub 3% growth and American jobs going overseas would be the new normal.

In the 2013 Obama Budget there was a declaration that said: “In the 21st Century, real GDP growth in the United States is likely to be permanently slower than it was in earlier eras,” alluding to the fact that the 3.4% GDP growth the American economy has experienced on average since World War II was a thing of the past. Trump’s “America First” economic agenda has proven that Obamanomics was just another failed set of liberal policies.

Obama also infamously asked about a magic wand when Trump said he would bring jobs back to America by negotiating better deals.[emphasis added]

President Trump’s magic wand is capitalism, American workers, American ideas that a federal government protects those things, instead of hindering them.

An interesting note – this is the second time that a Republican president pushing Conservative policies rescued the American economy from the clutches of a flailing Democrat. And no, we don’t miss former President Carter either.

Support Conservative Daily News with a small donation via Paypal or credit card that will go towards supporting the news and commentary you've come to appreciate.
Tags
Barack Obama GDP the economy Trump Administration