“More than two centuries ago, on June 14, 1777, the Second Continental Congress formally adopted the Stars and Stripes as the official flag of our new Republic,” the president wrote in the proclamation. “Through the many triumphs and trials of our Nation, our flag has reflected our heritage of liberty and embodied the American virtues of bravery, justice, and loyalty.  Each year, we celebrate Flag Day and National Flag Week to honor our timeless national emblem.”

The proclamation directs officials to display the flag on all federal government buildings this week and urges citizens to do the same on their property.

“As we raise our flag, let us resolve always to cherish it with reverence and eternal gratitude so that the red, white, and blue may forever wave from sea to shining sea,” Trump wrote. “I also encourage the people of the United States to observe with pride and all due ceremony those days from Flag Day through Independence Day, set aside by the Congress (89 Stat. 211), as a time to honor America, to celebrate our heritage in public gatherings and activities, and to publicly recite the Pledge of Allegiance to the Flag of the United States of America.” 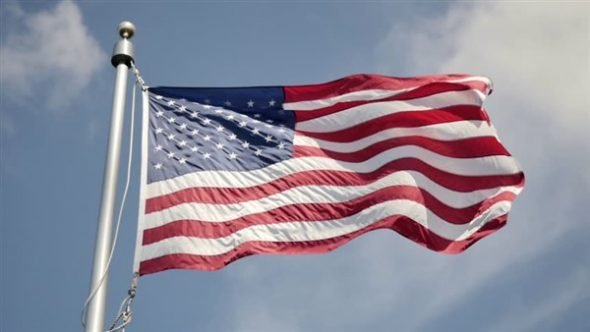 Need to replace your worn out flag or add one for your property? Select from these premium and affordable options.

Support Conservative Daily News with a small donation via Paypal or credit card that will go towards supporting the news and commentary you've come to appreciate.
Tags
Flag Day Flag Week The American Flag Trump Administration