“This is the Art of the Deal that Trump wrote about. For those of you who didn’t read the book you are now seeing the movie,” Gen. Tony Tata.

First, the North Korea summit was scheduled for June, then Mike Pence did an interview with Martha MacCallum on Fox and said if Kim doesn’t denuclearize he could end up like Libya. North Korea had sharply criticized suggestions by Trump’s national security adviser, John Bolton, and Vice President Mike Pence that it could share the fate of Libya if it did not swiftly surrender its nuclear arsenal. Libyan leader Muammar Gaddafi was deposed and killed by NATO-backed militants after halting his nascent nuclear program.

Trump indicated the summit could be salvaged after welcoming a conciliatory statement from North Korea saying it remained open to talks.

“It was a very nice statement they put out,” Trump said as he left the White House to deliver a commencement address at the U.S. Naval Academy. “We’ll see what happens – it could even be the 12th. We’re talking to them now. They very much want to do it. We’d like to do it.”

First North Korea attacked Pence and called him a political dummy. Trump then said he was pulling out of the summit and said in a letter to Kim  “You talk about your nuclear capabilities, but ours are so massive and powerful that I pray to God we will never have to use them.” After that North Korea said “Ok we’re ready to sit down.”

Earlier on Twitter, Trump had noted “very good news to receive the warm and productive statement from North Korea.”

After decades of tension on the Korean Peninsula and antagonism with the United States over Pyongyang’s nuclear weapons program, Kim and Trump agreed to what would be the first meeting between a serving U.S. president and a North Korean leader. The plan followed months of war threats and insults traded between the leaders, as well as advances in North Korean missiles capable of reaching the United States.

Trump scrapped the meeting on Thursday after repeated threats by North Korea to pull out of the summit in Singapore over what it saw as confrontational remarks by U.S. officials. Trump cited North Korean hostility in canceling the summit.

In Pyongyang, North Korean Vice Foreign Minister Kim Kye Gwan said North Korea’s criticisms of certain U.S. officials had been a reaction to American rhetoric and that the current antagonism showed “the urgent necessity” for the summit.

“His sudden and unilateral announcement to cancel the summit is something unexpected to us and we cannot but feel great regret for it,” Kim Kye Gwan said of Trump in a statement on state media.

He said, “North Korea remained open to resolving issues with Washington regardless of ways, at any time.”

This cat and mouse game is actually the art of the deal in action. You walk out if you don’t get what you want. We’ve had a history of failed policies with North Korea with them being the recipient of benefits from those policies. Now Trump comes along and says we’re not doing that anymore.

Yes, this is the art of the deal being played out right before our eyes like General Tata said. Trump said he was pulling out and now North Korea is saying they’re ready to sit down.

There have been negotiations going on all along between the US, China, and North Korea. These deals are all about leverage and Trump is being careful not to be too accommodating with Kim. After all, we did get three hostages back.

Trump’s latest about-face sent officials scrambling in Washington. U.S. Defense Secretary Jim Mattis told reporters diplomats were “still at work” and said Trump had just sent a note out on the summit, which could be back on “if our diplomats can pull it off.” 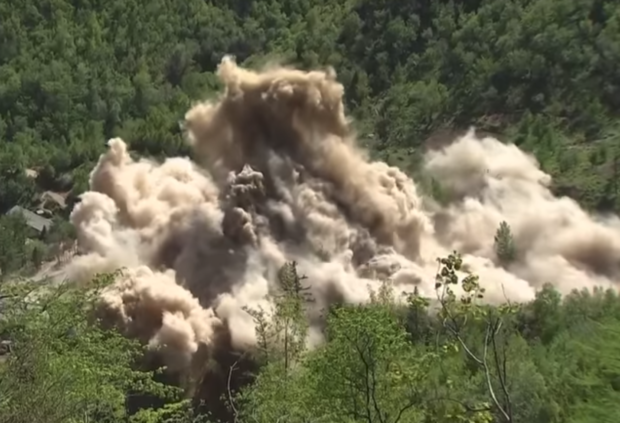 Meanwhile, Kim in North Korea has destroyed one of his nuclear facilities as a show of good faith and invited western journalists to watch it. However, do not be fooled by the little rocket man. He said he stopped firing his rockets over Japan because he has enough now and he has trains that can move them and they can be launched from trains. This facility was already deemed useless because of a tunnel cave-in previously.

North Korea wants to play the same old political charade and deception as it had done since Clinton was in the office. The US  needs to impress on China that if China does not exert economic pressure on North Korea there will be consequences for the Chinese economy.

Trump and the Pentagon both said that the U.S. military was ready in the event of any reckless acts by North Korea.