Recently distinguished law professor Alan Dershowitz published an article on The Hill on the recent attacks by Palestine on Jerusalem. He stated:

If this were the first time that Hamas deliberately provoked Israel into self-defense actions that resulted in the unintended deaths of Gaza civilians, the media could be excused for playing into the hands of Hamas. The most recent Hamas provocations — having 40,000 Gazans try to tear down the border fence and enter Israel with Molotov cocktails and other improvised weapons — are part of a repeated Hamas tactic that I have called the “dead baby strategy.” Hamas’ goal is to have Israel kill as many Gazans as possible so that the headlines always begin, and often end, with the body count. Hamas deliberately sends women and children to the front line, while their own fighters hide behind these human shields.

Hamas leaders have long acknowledged this tactic. Fathi Hammad, a Hamas Member of the Palestinian Legislative Council, stated as far back as 2008:

“For the Palestinian people, death has become an industry, at which women excel, and so do all the people living on this land. The elderly excel at this, and so do the mujahideen and the children. This is why they have formed human shields of the women, the children, the elderly, and the mujahideen, in order to challenge the Zionist bombing machine. It is as if they were saying to the Zionist enemy: ‘we desire death like you desire life.'”

Hamas used this tactic to provoke two wars with Israel in which their fighters fired rockets from civilian areas, including hospitals, schools and mosques.  When Israel responded, it tried its best to avoid civilian casualties, dropping warning leaflets, calling residents of potential targets and dropping non-lethal noise bombs on the roofs of houses that were being used to launch rockets and store explosives. Inevitably, some civilians were killed, and the media blamed Israel for these deaths, despite the precautions it had taken.

The same was true when Hamas built terror tunnels used to kidnap Israeli civilians. The entrances to these tunnels were in civilian areas as well, including mosques and schools. Using their own civilians as human shields, while targeting Israeli civilians, is a double war crime. Yet, the media generally focuses on Israel’s reaction to these war crimes, rather than Hamas’ war crimes.

Hamas has publicly admitted that the peaceful protesters of the embassy move were actually members of their gang sacrificed for photo ops. They needed the mayhem to be able to blame Israel for it. And once again, here is the MSM led by the New York Times facilitating the political aims of terrorist organizations aligned against Israel.

From the time President Donald Trump announced his decision to recognize Jerusalem as the capital of Israel, to Monday’s ceremonies marking the official move of the United States Embassy from Tel Aviv to Jerusalem, the American and international left warned the move would inflame Palestinians and Arabs throughout the world. They are all blaming Trump even though Clinton wanted it to happen when he was president and so did Bush. Trump had the strength to make it happen.

Hamas wanted photos of bloody, wounded, dying protesters to show the world how horrible Israel is. And the American Media fell right in line with all this propaganda for two days, filled the air with condemnations of Israel and blame for Trump and even his daughter the lovely and gracious Ivanka as done by the front cover of the New York Daily News which called her Daddy’s Ghoul which showed her smiling by the embassy and massive Palestinian carnage victims in another pic next to hers.

For those not familiar with the Arab –Israeli situation, Israel was established by President Truman and Abdul Nasser in 1948 after WW11 ended and the Holocaust was over saying the Jewish people should not have to endure and suffer what they did and have their own state where they can be safe and prosper and be protected. In the past 70 years Israel developed to a flourishing democracy. The Arab Palestinians sunk back to the stone age because their own corrupt leaders refused all peace offers. Hence not Israel, but the Arab Palestinian despots are responsible for all sufferings. The Palestinians want that land back and have been fighting ever since. During the carnage Israel had only one option; defend herself.

Timed to coincide with the Nakba, or “catastrophe,” of the anniversary of modern Israel’s founding — as well as the opening of the U.S. Embassy in Jerusalem — Hamas incited protests and violent riots near the security fence that separates Gaza from Israel.

The liberal media wailed and moaned about the dozens of dead — many of whom were Hamas terrorists — and thousands wounded from Israeli counter-protest gunfire and tear gas.

As evidence of the cruelty of Israeli security forces toward innocent Palestinians in Gaza, the media focused on a dead 10-month-old Palestinian baby named Layla.

A doctor at the hospital where Layla was treated said she had a preexisting heart condition that caused her death. He asked not to be identified because he was not authorized to discuss the child’s medical history.  Who brings a 10-month-old baby to an area where bombs are being dropped from kites and bullets are flying? Another case of terrorists using infants and women as human shields and our media supports the terrorists and attacks Trump and Israel for making Jerusalem the capital of Israel and moving our embassy there. No wonder people have lost all credibility with the western media.

If Israel should fall as a nation it would endanger the western countries in a way that few have conceived of. Not only is Israel the only democracy in the region its intelligence service is second to none. Meaning if there is going to be a terrorist attack one can be sure the Mossad is aware of it and can warn the country that is targeted. It’s in the best interest of the U.S. to support Israel on all matters.

A U.K. Telegraph reporter in April reported that Palestinians were being paid $100 per day by Hamas to take part, more if they suffered injuries or died. That reporter discovered that merely participating in the protests earned $100, while being shot (whether with real or rubber bullets) garnered $200, severe injuries netted $500 and death warranted a $3,000 payment to the surviving family.

Thus, the billions of dollars given to Iran by former President Barack Obama have, in turn, not only funded rebellions and deadly terrorism around the globe, they almost certainly funded violent attacks by Hamas against our nation’s chief Middle Eastern ally.

It’s stuff like this that got President Donald Trump elected in the first place, and if the liberal media continue to side with Hamas and Iran over America and Israel, they are pretty much guaranteeing his re–election in 2020. 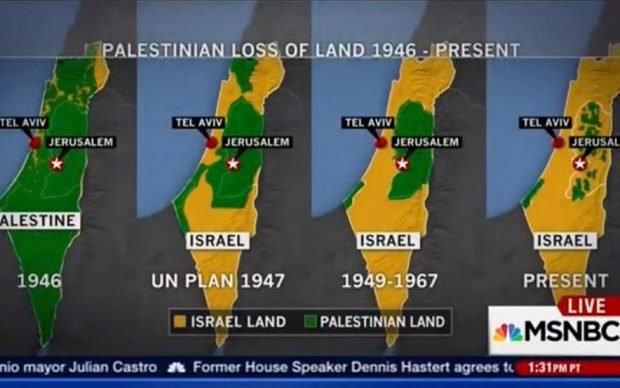