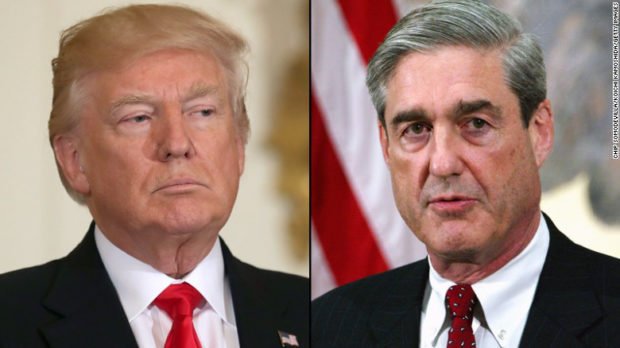 Yes, that’s what Mueller has said much to the chagrin and dismay of the destroy Trump media who are hoping and praying that he is removed from office.

In an article famed lawyer Jonathan Turley wrote: That painful process was more evident Tuesday night when the Washington Post reported that special counsel Robert Mueller told the White House last month that Trump was not considered a “target” but only a “subject” of the investigation. After a year of being assured that “bombshell” developments and “smoking gun” evidence was sealing the criminal case against Trump, the dissonance was too great for many who refuse to accept the obvious meaning of this disclosure.

The U.S. Attorney’s manual defines a “subject” as a “person whose conduct is within the scope of the grand jury’s investigation.” It is a designation that can change but it is also a meaningful description of the current status of an individual.

The U.S. Attorney’s manual defines a “subject” as a “person whose conduct is within the scope of the grand jury’s investigation.” It is a designation that can change but it is also a meaningful description of the current status of an individual. Mueller at this time apparently does not believe Trump meets the definition of a target or a “person as to whom the prosecutor or the grand jury has substantial evidence linking him or her to the commission of a crime and who, in the judgment of the prosecutor, is a putative defendant.” That would have been less notable when Mueller was appointed in 2017 than it is now, after more than a year, dozens of criminal counts, hundreds of thousands of documents, and a bevy of cooperating witnesses.

That Mueller does not believe there is “substantial evidence linking [Trump] to the commission of a crime” would seem to merit some, albeit grudging, recognition. However, there has been a disturbing lack of objectivity in the coverage of this investigation from the start. Throughout it, some of us have cautioned that the criminal case against Trump was far weaker than media suggested. Fired FBI Director James Comey himself told Congress that Trump was not a target of his investigation. Indeed, Trump was reportedly upset with Comey largely because Comey would not say that publicly.

According to the Washington Post, “special counsel Robert S. Mueller III informed President Trump’s attorneys last month that he is continuing to investigate the president but does not consider him a criminal target at this point.” The Post went on to say that Mueller made that clear during negotiations with Trump’s lawyers about a possible interview with the president.

This does not mean, of course, that Trump is beyond scrutiny by any means. It only means that there’s no specific crime that Mueller can point to and say: This – this is what I’m investigating the president for. This points out why Trump is right when he calls it a witch hunt. This is an investigation – IN  MUELLER’S OWN WORDS – that is in search of a crime.

Liberals are all hoping for Trump to be indicted, but the DOJ said a sitting president cannot be indicted. Indicted for what???  Why does this investigation even exist, as far as the Trump campaign is concerned?  Because Trump promoted WikiLeaks? This whole thing is absurd, and it is making a mockery of the FBI and the Justice Department, to say nothing of our entire democracy.

“The president and some of his allies seized on the special counsel’s words as an assurance that Trump’s risk of criminal jeopardy is low,” reports WaPo. “Other advisers, however, noted that subjects of investigations can easily become indicted targets — and expressed concern that the special prosecutor was baiting Trump into an interview that could put the president in legal peril.”

President Donald Trump’s lawyers are reportedly getting him ready for a possible sit-down with special counsel Robert Mueller as part of the ongoing Russia investigation, CNN reported on Friday.

Trump has been talking about his willingness to meet with Mueller for some time and has publicly indicated that he would do so under oath. But the developments on Friday show that the president and his lawyers are taking that possibility seriously.

Some of Trump’s defenders believe Mueller may try to trap him since he is known to be unguarded in his public interactions and speak off-the-cuff. I don’t think it is a good idea for Trump to speak with Mueller but he’s damned If he does and damned if he doesn’t. If he does speak with Mueller, he’d better have a top lawyer with him or he could fall into a trap like they said. if he doesn’t then media will accuse him of having something to hide.

Mueller — who enlisted career prosecutors and impaneled a grand jury to investigate Russia’s meddling in the 2016 US election, is working to determine whether the Trump campaign colluded with Russian operatives, and is examining the president’s actions while in office.

Trump told reporters in January he was “looking forward” to an interview with Mueller, insisting there was no collusion between his campaign and Russia.

“I’d love to do it,” Trump said, indicating that he’d been told by his lawyers an interview would take place in “two to three weeks.”

Outwardly, Trump has remained receptive to — even enthusiastic about — the prospect of sitting before Mueller, who is investigating whether his campaign colluded with Russia and whether Trump attempted to short-circuit the investigation itself. He has indicated that sitting for an interview himself could help bring the investigation to a swift end.

Privately, however, Trump has been more equivocal about answering Mueller’s questions, depending on the day. Trump has wavered on his pledge as friends and advisers caution him of the risks of speaking to prosecutors who have already charged 19 individuals with criminal offenses, including lying.

The terms of how Trump would be questioned — including whether he would speak under oath — have not yet been determined. Even if he isn’t questioned under oath, however, Trump could still open himself to charges if he lies to Mueller’s team, since lying to the FBI is a crime.

Former informal Trump adviser Roger Stone said Friday that he thinks it would be a mistake for President Trump to sit down for an interview with special counsel Robert Mueller.

During a CNN interview, Stone warned of a potential “perjury trap” for the president, saying Mueller could probe “some process-related crime that doesn’t relate to Russia.”

“I obviously believe the special counsel has a political bias, as demonstrated by the FBI text messages and emails that have surfaced and the political nature of this investigation, so I think it is very dangerous for the President to do so,” Stone said.

Nineteen people have so far been hit with criminal charges stemming from the special counsel investigation into possible collusion with Russia during the 2016 election, including several former members of the Trump campaign.

In the meantime, nobody is going after Hilary and her Russian collusion with paying an English spy with Russian connections, Christopher Steel,12 million dollars to write a phony dossier on Trump so they can give it to a FISA court so they could tap the phone of Trump’s aid Carter Page and spy on him. Nobody is going after Hillary for selling uranium to Russia for 145 million dollars to her foundation. Nobody is going after Hillary for destroying 30,000 subpoenaed e-mails with bleach bit and destroying subpoenaed blackberries or for having a server that was unsecured where at least five countries hacked into and got our classified information. No, they just want Trump because they think he screwed their darling Hilary out of her rightful position. The country be damned. 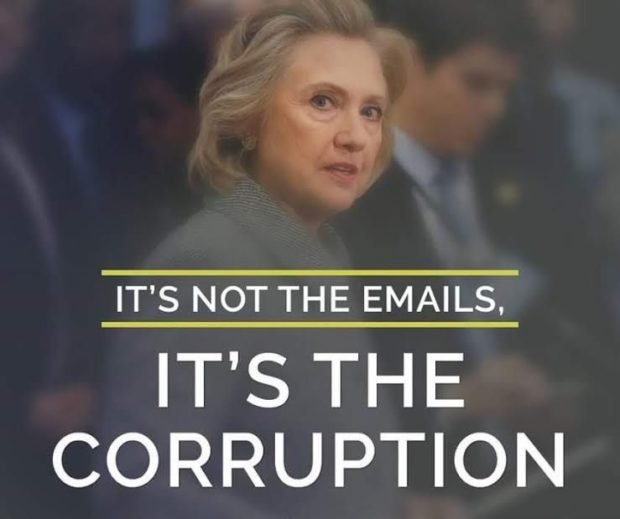 So now since Mueller said Trump is not a target and can’t be indicted will you media people stop obsessing over your hatred for Trump and Russia, Russia, Russia and Stormy, Stormy, Stormy and start reporting the real news that is making America great again  like the three million jobs that are being created and how the economy is booming under Trump.Mueller;TrumpisNotATarger!!!