I’ve been following Ann Coulter for many years now. I even met her in person once and had my picture taken with her and she signed one of her books for me. I always thought she was a good writer, but when she spoke she struck me as a giddy stereotype blond woman that they make jokes about, but I was still glad she was on our side. She even dated Bill Mahr once and went on a speaking engagement tour with him and he still has her on his show from time to time so I am wondering what made her change now to bashing Trump after she wrote a book about him praising him called “In Trump We Trust.”

Conservative author and commentator Ann Coulter criticized President Trump in a series of tweets Friday over what she said is the lack of progress on the border wall.

Coulter used Trump’s Friday speech in Miami rolling back Obama rules opening up the U.S. economic relationship with Cuba to criticize the president for not being focused on the United States.

“At least Cuba’s in our hemisphere,” she Tweeted. “How long can it be before he gets to America?

In another Tweet on Friday, Coulter said “Anyone in a Southwestern state who strolls to the border & drops a brick will have done more to build the wall than [Trump].”

Hey, Ann, these things take time. You don’t just snap your fingers and a wall just suddenly appears. Have you noticed that the wall is already started and he is using funds from the military to build it? Have you not noticed the prototypes that were up there that he visited to choose from? He chose an iron wall 30 feet high that you can see thru so you can see what’s coming on the other side.

“It kind of breaks my heart,” she said,” He’s not giving us what he promised at every campaign stop.”

Has she not noticed all Trump has done here like creating three million new jobs because he got rid of 800 of Obama’s regulations that were controlling everything and us all? Has she not noticed that the Keystone pipeline is underway after liberals under Obama, Bush and Clinton were protesting it thus creating more jobs here? Has she not noticed that he got the Dakota pipeline up and running?  Has she not seen that Trump got the stock market at record levels? Has she not noticed that unemployment is the lowest in 40 years and that black and Hispanic unemployment is the lowest ever? Has she not noticed how he is building up the military after Obama reduced us to pre WW11 status?  Has she not noticed he was able to pass his tax plan thus giving the majority of Americans substantially lower taxes and he repealed the mandate of Obamacare? So Ann doesn’t go saying he isn’t doing anything over here and just helping foreign countries. He’s done more than past presidents combined in just one year. He’s been hindered by phony Russia collusion investigations and the deep state and most of the media who want to see him out of there and not reporting any of his accomplishments, but instead, dream up salacious scandals about him they can salivate over.

At an event at Columbia University Coulter called Trump a “fat, lazy ignoramus” and said she got into a profanity-laced screaming match with him in the oval office over his immigration policy. I can visualize that happening with her being the more screaming one as she strikes me as being easily excitable. “I knew he was a shallow, lazy ignoramus, and I didn’t care,” Coulter admitted to an audience largely composed of College Republicans and a few hecklers at Columbia University on Tuesday night.

As far as being lazy, Ann, it’s been reported that Trump only gets four hours of sleep a night and is a workaholic. He has had complaints about that and rises at 6 a.m. every morning and works until midnight most days. He’s been to more countries and met with more world leaders both here and abroad in one year than any of our past presidents and has accomplished more in one year than the last three presidents combined. So Ann don’t call him lazy. He might be bellicose, arrogant and prone to vulgarity, but so did Hillary with her potty mouth salty dog sailor tongue. Like you said I don’t care about those things as long as he gets the job done and he’s doing it at a rapid rate. Trump loves this country and our military and vets which is more than I can say for Obama and Hillary.

So Ann I suggest you open your eyes and do some more research and return from the dark side and stop sounding like your leftist buddy Bill Mahr. 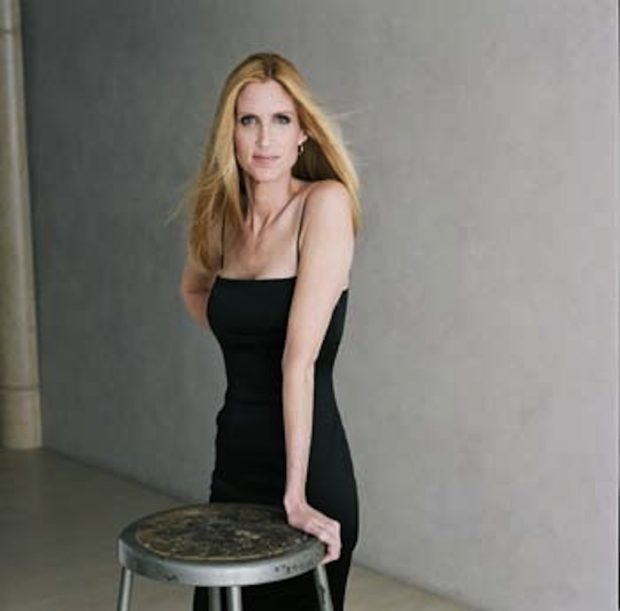 Support Conservative Daily News with a small donation via Paypal or credit card that will go towards supporting the news and commentary you've come to appreciate.
Tags
Ann Coulter