A new whopper of a conspiracy theory has just been unleashed that will reflate the Russian collusion bubble that has all but collapsed in recent months.

According to a report by the screamingly liberal New Yorker, the Russians intervened to prevent Never Trumper Mitt Romney from being named as Secretary of State. The timing of this rather fishy story is timed perfectly to coincide with Romney’s replacement of dying John McCain as the top Never Trumper in the U.S. Senate.

The problem with the unrepentantly leftist Jane Mayer’s piece is that it relies on information in a second dossier compiled by scummy British spook Christopher Steele, the one foreigner who is known to have had a hand in meddling in the 2016 election with the production of the Fusion GPS peeing prostitutes dossier.

That 35-page stack of triple-whoppers with cheese has been largely debunked and discredited so who does the media treat as a reliable and authoritative source than the ersatz James Bond who has been outed as being hellbent at preventing the election of President Trump.

Via The Hill with the prize for the most misleading headline of 2018, “Russia says it stopped Mitt Romney from becoming secretary of State: report”:

The magazine, in a report about Christopher Steele, says the former British spy authored a separate dossier with “a senior Russian official” as its source. That source said individuals inside Russia’s Ministry of Foreign Affairs claimed to have stopped Romney from becoming head of the State Department.

Steele’s memo said Russia used “unspecified channels” to request that Trump choose a secretary of State who would remove “Ukraine-related sanctions,” according to the report. The Kremlin also reportedly wanted the department’s head to accommodate Russia in regards to Syria, where the Russian government has been backing President Bashar Assad in a years-long civil war.

Romney was reportedly under consideration for the State Department post, and met with Trump during the transition period. But the president ultimately chose current Secretary of State Rex Tillerson.

After reading Jane Mayer’s piece on Christopher Steele in The New Yorker, it’s “check please.” Trump conspired with Russia during the election and continues to conspire with Russia. Not arguable. Only question: How much longer to allow a compromised POTUS to destroy Democracy?

Former British spy Christopher Steele says he’s being used to take down Intell community. No, you’re being investigated for meddling and lying to FBI in 2016 US elections. https://t.co/t54xt1hko5

Excerpts from Mayer’s essay “Christopher Steele, the Man Behind the Trump Dossier”:

[A senior Russian official said] that he was merely relaying talk circulating in the Russian Ministry of Foreign Affairs, but what he’d heard was astonishing: people were saying that the Kremlin had intervened to block Trump’s initial choice for Secretary of State, Mitt Romney….The memo said that the Kremlin, through unspecified channels, had asked Trump to appoint someone who would be prepared to lift Ukraine-related sanctions, and who would cooperate on security issues of interest to Russia, such as the conflict in Syria.

Legal experts soon assured Steele that the criminal referral was merely a political stunt. Nevertheless, it marked a tense new phase in the investigation into Trump’s alleged ties to Russia. The initial bipartisan support in Congress for a serious inquiry into foreign meddling in America’s democracy had given way to a partisan brawl. Trump’s defenders argued that Steele was not a whistle-blower but a villain—a dishonest Clinton apparatchik who had collaborated with American intelligence and law-enforcement officials to fabricate false charges against Trump and his associates, in a dastardly attempt to nullify the 2016 election. According to this story line, it was not the President who needed to be investigated but the investigators themselves, starting with Steele. “They’re trying to take down the whole intelligence community!” Steele exclaimed one day to friends. “And they’re using me as the battering ram to do it.”

In 2008, Michael Hayden, the C.I.A. director, visited the U.K., and Steele briefed him on Russian developments. The following year, President Obama visited the U.K., and was briefed on a report that Steele had written about Russia. Steve Hall, a former chief of the C.I.A.’s Central Eurasia Division, which includes Russia, the former Soviet states, and the Balkans, told me, “M.I.6 is second only perhaps to the U.S. in its ability to collect intelligence from Russia.” He added, “We’ve always coördinated closely with them because they did such a great job. We’re playing in the Yankee Stadium of espionage here. This isn’t Guatemala.”

Mook told me, “The problem with the Russia story is that people just weren’t buying it. Today, it’s, like, ‘Of course!’ But back then people thought that we were just desperately peddling conspiracy theories.” After the D.N.C.’s e-mails were hacked, Mook went on TV talk shows and pointed the finger at Russia, but, he says, his comments were often dismissed as “spin.” On Jake Tapper’s “State of the Union,” he declared, “What’s disturbing to us is that experts are telling us that Russian state actors broke into the D.N.C., stole these e-mails, and other experts are now saying that the Russians are releasing these e-mails for the purpose of actually helping Donald Trump.” Tapper then interviewed Donald Trump, Jr., who ridiculed Mook’s accusation as “disgusting” and “phony”—even though it’s now known that, just a few weeks earlier, he had met at Trump Tower with a Russian offering dirt on Clinton.

The entire piece clocks in at an incredible 14,752 words and has the makings of a collaboration with the same culprits in the Deep State who have been trying to engineer a coup d’etat against Trump. In addition to coinciding with Romney’s Senate bid, it also gets out in front of what is said to be a damning Inspector General’s report on the politicization of the FBI and DOJ, the Hillary Clinton email investigation and of course, Steele’s dossier. 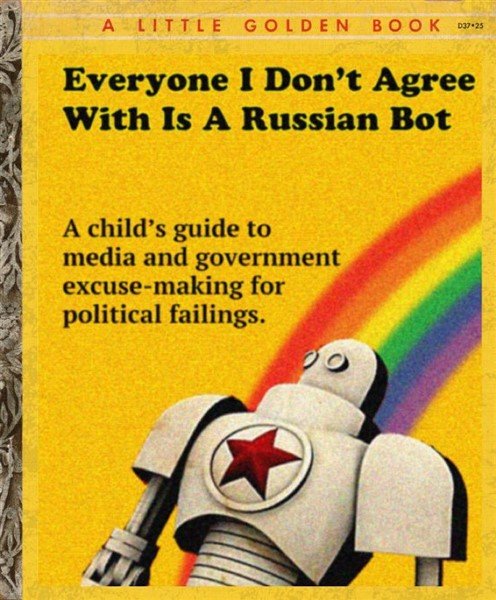 It’s almost like the CIA’s Operation Mockingbird never really went away, it just expanded and evolved.

Putting aside Steele’s complete lack of credibility, let’s take a look at some of the stuff that Mayer has had published so as to better gauge her objectivity as a journalist:

Should Psychiatrists Speak Out Against Trump?; Has James O’Keefe Accidentally Stung Himself Again?; Anita Hill on Weinstein, Trump, and a Watershed Moment for Sexual-Harassment Accusations; The Reclusive Hedge-Fund Tycoon Behind the Trump Presidency and The Danger of President Pence are the most recent but Mayer has a history of extreme partisan pieces stretching all the way back to the Bush administration with some defending the very terrorists who were trying to kill us.

These articles are in addition to Mayer’s book on the Koch Brothers and other conservative Republican party donors, the best-seller “Dark Money” so as we can see, she really has little interest in pursuing stories that might expose corruption within Democrat circles, the Obama regime or the Clinton criminal empire.

It’s almost like she was hired by Steele to act as his personal public relations agent.

It’s pretty well understood that Trump’s likely ONLY reason to interview Mitt for the job was to humiliate him which he succeeded in doing. 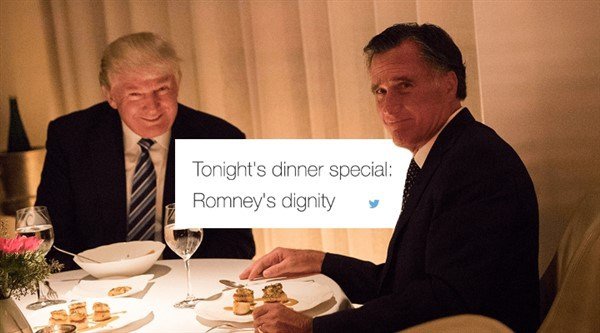 This overflowing bucket of hogwash is only going to give Romney and the Never Trumpers fuel for another attack on the POTUS that may well culminate in a John Kasich challenge in the 2020 Republican primary.

Efforts to Ban TikTok Are Getting Real. Here’s Why That Would Be a Mistake

It is Not an Overdose. It is Poisoning