The Senate Judiciary Committee has made its first criminal referral from the Russian meddling investigations offering up Trump dossier author Christopher Steele to the Justice Department. 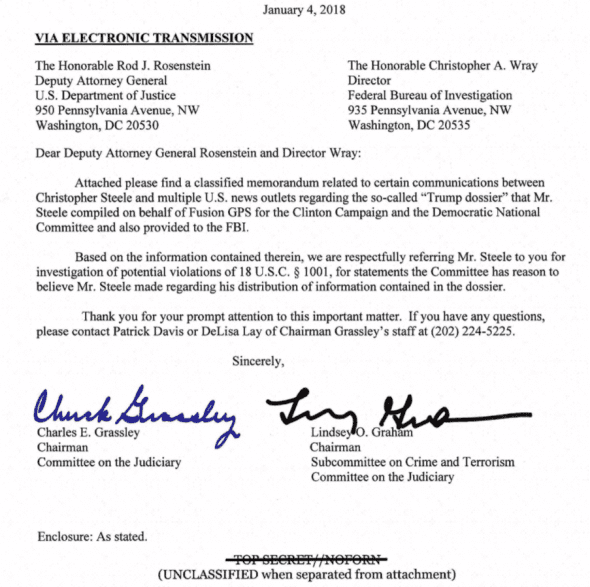 While Democrats said nothing when Mueller indicted Paul Manafort on financial crimes unrelated to the president or his time in the administration, they had plenty of objection to Steele’s referral to the DOJ.

“It’s clearly another effort to deflect attention from what should be the committee’s top priority, determining whether there was collusion between the Trump campaign and Russia to influence the election and whether there was subsequent obstruction of justice,” said Senator Dianne Feinstein (D-CA), the ranking Democrat on the committee.

The Justice Department is not required to turn the referral into an investigation and has not commented on the referral as of the publication of this story.

Support Conservative Daily News with a small donation via Paypal or credit card that will go towards supporting the news and commentary you've come to appreciate.
Tags
Christopher Steele the Steele dossier