“Told by a source with direct knowledge the very ‘Senior official’ in administration is allegedly Jared Kushner who asked Michael Flynn to contact Russia,” she tweeted. 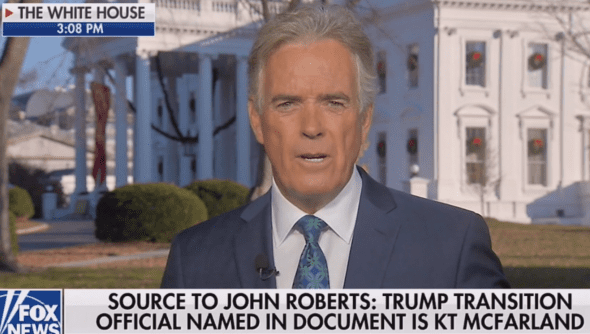 The reports came just hours after Flynn pled guilty to lying to the FBI.

“My guilty plea and agreement to cooperate with the Special Counsel’s Office reflect a decision I made in the best interests of my family and of our country,” Flynn said after his plea hearing Friday. “I accept full responsibility for my actions.”

“Flynn’s false statements and omissions impeded and otherwise had a material impact on the FBI’s ongoing investigation into the existence of any links or coordination between individuals associated with the Campaign and Russia’s effort to interfere with the 2016 presidential election,” they said in a court filing.

“The false statements involved mirror the false statements to White House officials which resulted in his resignation in February of this year,” Trump attorney Ty Cobb said in a statement. “Nothing about the guilty plea or the charge implicates anyone other than Mr. Flynn.”

Neither contacting Russian officials nor Kushner’s ordering of such actions are illegal and the action against Flynn is likely just Mueller’s play to get to others in Trump’s inner circle.

Mueller’s 10-month long investigation has so far found no proof of illegality during the 2016 election and has only resulted in two guilty pleas by former Trump associates for lying to the F.B.I.