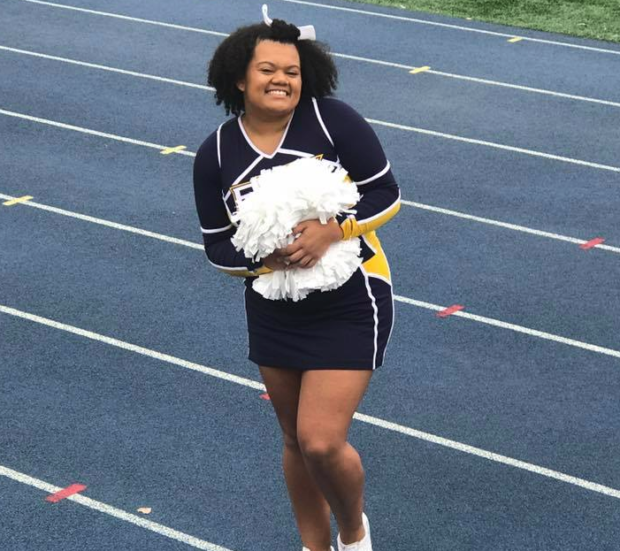 An Iowa college cheerleader has quit the squad rather than adhere to a rule that would require that she stand for the National Anthem when it is played before games.

Alyssa Parker of Buena Vista University sat in a lonely rec center, hidden from the crowd, while “The Star-Spangled Banner” played on Oct. 21. A pit in her stomach as the anthem played, she contemplated her position on the squad and her negative feelings as it played within earshot.

After the abhorrent display on Sept. 30 where a small number of players and cheerleaders, including Alyssa, decided to kneel during the “Star-Spangled Banner”, the college published an official policy requiring those on the field to “stand for the National Anthem.”

The policy allowed players, staff and cheerleaders to kneel before the anthem if they so chose.

Instead of realizing the she could generate the same amount of attention without dishonoring the flag, nation, or its veterans by kneeling before the anthem, Alyssa quit the squad.

“Social injustice, standing up for what I believe in and using my voice for others who no longer have one: These are beliefs I hold to my core,” Parker wrote in a Facebook post. “They are what make me Alyssa. I couldn’t bring myself to give that up.”

So Alyssa can now sit in the stands, not protesting anything while the rest of her squad reverently stands while the anthem is played in honor of our country and its heroes.