The makers of the definitely-not-for-children card game Cards Against Humanity have gone full-on screaming at the moon batshit crazy by buying a useless plot of land on the U.S. southern border in the hopes of stopping America from building the wall.

“We’ve purchased a plot of vacant land on the border and retained a law firm specializing in eminent domain to make it as time-consuming and expensive as possible for the wall to get built,” the company said in a statement on its website. “Donald Trump is a preposterous golem who is afraid of Mexicans. He is so afraid that he wants to build a twenty-billion-dollar wall.”

The land purchase is part of a holiday promotion called “Cards Against Humanity Saves America.”

Obviously, some small piece of land won’t stop the building of the wall, but it does fall in-line with other #resist movement efforts. Earlier this month, anti-Trumpers took to the streets to scream at the sky in protest of the president. This silly marketing stunt will be just as effective.

The Chicago-based company makes their opinion of Donald Trump clear on other parts of the promotional website.

It’s 2017, and the government is being run by a toilet. We have no choice: Cards Against Humanity is going to save America.

Don’t believe for a second that this is some altruistic plan to save America from anything. They got a ton of people to hand them $15 to get some new cards and a few useless trinkets.

There’s no time for questions—now is the time to act. You give us $15, and we’ll send six America-saving surprises right to your doorstep.

The first of the daily items consumers will receive for their $15 purchase price includes an illustrated map of the plot on the border, a few extra cards for their game, a certificate of their promise to fight the wall and some other “surprises.” The entire card game costs all of $25 dollars so this $15 promo looks like a way to sell an expansion card set just ahead of Black Friday.

Oh, and if you’re in favor of border security, Trump, or American sovereignty in-general, they want you to know this card game probably isn’t for you.

“It will be fun, it will be weird, and if you voted for Trump, you might want to sit this one out.”

If you already own a copy of the game, feel free to re-gift it to one of your liberal friends. That way, you rid yourself of it and keep one more person from sending money to this anti-American company. 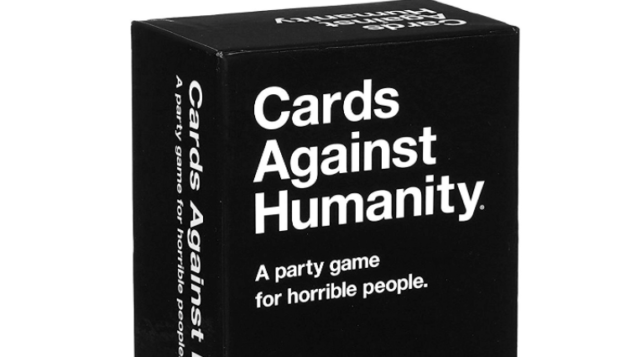 Support Conservative Daily News with a small donation via Paypal or credit card that will go towards supporting the news and commentary you've come to appreciate.
Tags
Cards Against Humanity The Border Wall