The purpose of the COLA is to ensure that the purchasing power of Social Security and Supplemental Security Income (SSI) benefits is not eroded by inflation. It is based on the percentage increase in the Consumer Price Index for Urban Wage Earners and Clerical Workers (CPI-W) from the third quarter of the last year a COLA was determined to the third quarter of the current year. If there is no increase, there can be no COLA.

“Today’s 2 percent COLA announcement gives some relief to Social Security beneficiaries and their families who depend on their earned, modest benefits,” AARP CEO Jo Ann Jenkins said in a statement. “Since 2011, beneficiaries have received little to no increase – never more than 1.7 percent. For the tens of millions of families who depend on Social Security for all or most of their retirement income, this cost of living increase may not adequately cover expenses that rise faster than inflation including prescription drug, utility and housing costs.”

Other minimums and maximums were also raised.

The maximum amount of earnings subject to the Social Security tax (taxable maximum) will increase to $128,700.

There is no limit on earnings for workers who are “full” retirement age or older for the entire year. 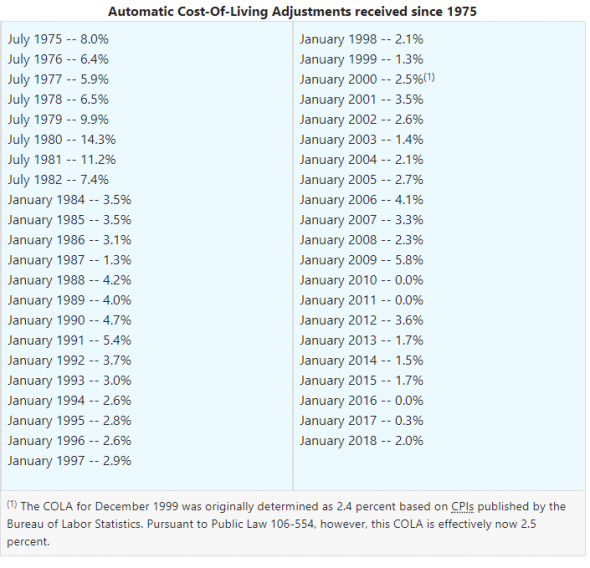 Support Conservative Daily News with a small donation via Paypal or credit card that will go towards supporting the news and commentary you've come to appreciate.
Tags
COLA social security the Social Security Administration