Radical left zealots have succeeded in bullying a Massachusetts Dr. Seuss museum to remove a ‘racist’ mural? What’s next, burning the books inside too?

Now that the cultural cleansers on the fanatical left have established the idea that even Dr. Seuss was a racist, the war on statues is shifting to one of the most beloved figures in the history of childhood literature.

Theodor Seuss Geisel’s entertaining books filled with weird characters proved to be an invaluable resource to teachers who were tasked with teaching generations of young Americans to read. Seuss’s wild and whacky world instilled a desire in children to learn and his contribution to society has been a very positive one.

But now according to the zealots on the left who won’t be happy until they have used their cudgel of “racism” to eradicate every historical figure, reinterpret every major event and most of all, burn the culture of the oppressive white society that that has kept them in shackles to the ground and then dance on the ashes.

Thanks to relentless liberal pressure, a Massachusetts museum that is dedicated to the work of Dr. Seuss has been bullied into the removal of a piece of artwork that has received the big rubber stamp of RACIST.

Via USA Today “Dr. Seuss museum to replace mural after complaints of racism”:

A Massachusetts museum dedicated to Dr. Seuss says it will replace a mural featuring a Chinese character from one of his books after three authors said they would boycott an event due to the “jarring racial stereotype.”

The mural features illustrations from the author’s first children’s book, And to Think That I Saw It on Mulberry Street.

The museum, which is located in the author’s hometown of Springfield, said Thursday that the mural will be replaced by images from later books.

Three children’s authors declined an invitation to the museum’s inaugural Children’s Literature Festival, which was set for Oct. 14 before being canceled. After the museum offered to take down the mural, the authors said they would attend, but the museum has not said if the festival is back on.

The museum caved after being attacked by three butt-hurt children’s authors whose jealousy drove them to complain about the portrayal of a Chinese man with chopsticks and a rice bowl.

Three children’s book authors declined to take part in the Springfield Children’s Literature Festival at The Amazing World of Dr. Seuss Museum because of a mural there with a “jarring racial stereotype.”

However, museum officials noted the original artwork on which the mural was based was created 80 years ago, adding they would not “alter or edit an artist’s work.”

The artwork appeared in Theodor Geisel’s first Dr. Seuss book, “And to Think That I Saw It on Mulberry Street,” which was published in 1937.

Authors Mo Willems, Mike Curato and Lisa Yee of Northampton, who signed the letter and posted it on social media, said they found part of the mural “deeply hurtful” and would not attend the Oct. 14 event. (The festival has since been canceled.)

“… we recently learned that a key component of this institution honoring Dr. Seuss features a mural depicting a scene from his first book, ‘And to Think I Saw It on Mulberry Street,’ and within the selected  arts is a jarring racial stereotype of a Chinese man, who is depicted with chopsticks, a pointed hat, and slanted slit eyes. We find this caricature of ‘the Chinaman’ deeply hurtful, and have concerns about children’s exposure to it.”

While I don’t know where these elitist eggheads eat but I have seen far worse in any of the Chinese restaurants that I frequently patronize. Perhaps these whiny losers should just shut up, mind their own business and get a freaking life.

Just watch, it wouldn’t stop at the murals because these fanatics won’t be satisfied until ALL of has been taken down and all of Seuss’s books be rewritten to be inclusive (whatever that means) for the modern era.

The war on Dr. Seuss recently broke out when a Cambridge librarian made a political statement by sending back ten books that First Lady Melania Trump had sent to her elementary school as a gift were deemed by her to be filled with racist propaganda.

At what point are sane people just going to stand up and say ENOUGH! 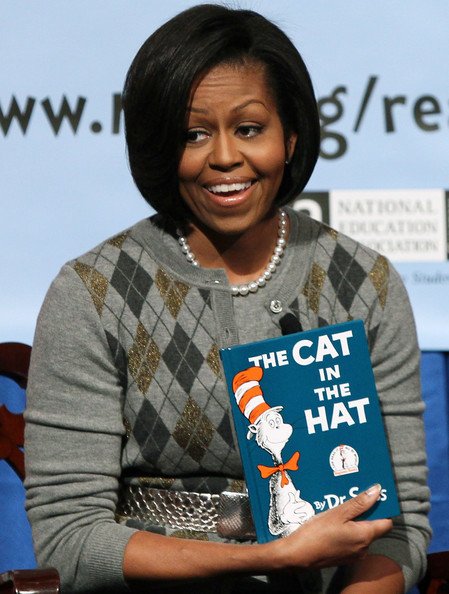 Support Conservative Daily News with a small donation via Paypal or credit card that will go towards supporting the news and commentary you've come to appreciate.
Tags
Dr. Seuss Liberal Fascism racism WTF?