The Bush family has jumped into the latest round of attacks against legitimately elected President Donald Trump which grow shriller by the day as frustration mounts that he is STILL in office despite twelve months of unprecedented smear campaigns, leaks and fake news.

Unlike Hillary Clinton, the Bush dynasty has remained relatively quiet since then-candidate Trump reduced John Ellis Bush aka Jeb! to a quivering and humiliated blob of jelly.

Trump correctly identified Bush as the one Republican candidate who needed to be cut down to size and then used the endless series of GOP debates to slowly extinguish the family dream of a third Bush in the White House.

Whether it was mocking him for not standing up for his wife or laying waste to the entire legacy of George W. Bush onstage before a hostile audience in South Carolina, Trump never relented in his assault on Jeb and chased him out of the race with his tail between his legs.

But the Bushes are notorious for holding grudges and that combined with the recent revelations of the stinky Russian uranium deal may be why former President George W. Bush came out on Thursday and delivered a concerted (and thoroughly dishonest) barrage against Trump.

The liberal media will now take back every nasty thing that they ever said about Dubya who has finally managed to rehabilitate his image with only one speech. One gets the feeling that they would even embrace Hitler and Stalin if they were around to denounce Trump.

Bush didn’t mention Trump’s name but it was clear who he was inveighing against when he said that our politics have been subjected to “conspiracy theories and outright fabrication” however didn’t bother to mention that he ordered the invasion of Iraq based on the pretense that Saddam Hussein had weapons of mass destruction and was preparing to use them on America.

Don’t hold your breath waiting for the media to point out that double standard.

Former President George W. Bush criticized the current political environment and warned of a shift in the attitude of the country, saying Thursday “bigotry seems emboldened,” while the nation’s politics are “more vulnerable to conspiracy theories and outright fabrication.”

Speaking at a forum hosted by the George W. Bush Institute in New York City, the 43rd president spoke of the decline in public confidence in institutions, as well as the shifting support for democracy among young Americans, a change he said has occurred over the last few decades.

“Our governing class has often been paralyzed in the face of obvious and pressing needs. The American dream of upward mobility seems out of reach for some who have been left behind. In a changing economy, discontent deepened and sharpened partisan conflicts,” Bush said.

“Bigotry seems emboldened, our politics seems more vulnerable to conspiracy theories and outright fabrication. There are some signs that the intensity of support for democracy itself has waned, especially among the young who never experienced the galvanizing moral clarity of the Cold War or never focused on the ruin of entire nations by socialist central planning.”

“Some have called this democratic deconsolidation, really it seems to be a combination of weariness, frayed tempers, and forgetfulness.”

Bush also warned of the change in political discourse, which he said has been “degraded by casual cruelty,” as well as the view of the U.S.’s role in the world, a veiled criticism of President Trump’s “America First” worldview.

“We’ve seen nationalism distorted into nativism, forgotten the dynamism that immigration has always brought to America,” the president said.

We are still waiting for Bush to denounce eight years of scandal and corruption during the Obama regime.

Could it be that Deep State dirty cop Robert Mueller’s goose may be cooked over the fact that he presided over the FBI when that uranium deal with Russia went down and was subsequently covered up?

It was, after all, Mr. Bush who appointed Mueller as FBI Director. Could it be that the deal was already in the works prior to you handing the keys to the White House over to Obama?

Or maybe it’s due to the Senate Judiciary Committee’s ongoing efforts to get answers about exactly WHO was behind that 35-page PeeGate dossier.

Two of the big-shots from Fusion GPS just took the fifth on Wednesday rather than divulge who paid for what was a very sloppy job to take out Trump and possibly serve as the basis for a secret FISA warrant to surveil his campaign.

Rumors are that the dossier was originally commissioned by a REPUBLICAN enemy of Trump’s, could that enemy’s name be spelled B-U-S-H?

That Bush pushed the rapidly unraveling narrative that the Russians interfered in the election could be a tip-off. It is beginning to look like the Trump-Russia scam has been a joint venture between two dynasties scorned isn’t it?

It could be just chalked up to waiting for the right opportunity to get blood vengeance for the aborted Bush dynasty but somehow that would seem to be too much of a coincidence now that the jig may be up on exactly who it was playing footsie with Putin.

There seems to be a certain desperation in the air this week and this just made it stronger.

Bush just showed how truly little difference that there really is between the establishments of BOTH parties and how badly that every president between Ronald Reagan and Donald Trump has been an abject failure. 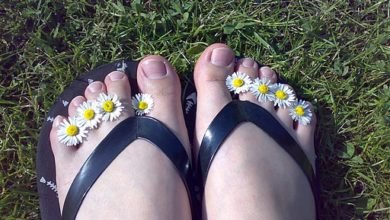