The United States has spent 30 years trying to diplomatically negotiate North Korea into becoming a respectable and peaceful state. Instead, the rogue communist nation has negotiated themselves into becoming a nuclear nation with global capabilities.

Our intelligence community and public analysts have underestimated the North Korean nuclear missile program at least twice. As recently as the beginning of July they expected NK to need at least two years to progress to a missile capable of hitting the United States, but less than one month later, they have one.

A combination of US, South Korean and Japanese analyses of the launch from Mupyong-ni, near North Korea’s border with China, shows the missile flew about 45 minutes, going 3,700 kilometers (2,300 miles) high and for a distance of 1,000 kilometers (621 miles).
If the missile were fired on a flatter, standard trajectory, it would have major US cities such as Los Angeles, Denver and Chicago well within its range, with the possible ability to reach as far as New York and Boston, according to David Wright, a missile expert at the Union of Concerned Scientists.

Miniaturization of a warhead so that it could fit on a rocket was supposed to take long into next year, but nope, they’ve managed that too.

U.S. intelligence agencies have made an assessment that North Korea has constructed a nuclear weapon small enough to fit on a missile, according to a U.S. official briefed on the assessment.

Intelligence assessments say that Iran is almost a decade away from a nuclear missile – another questionable timeline considering the alliance between Iran and North Korea. 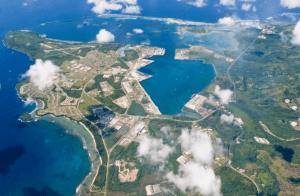 U.S. intelligence misses are of even more concern as North Korea’s President Kim Jong-Un’s military has started naming American targets that his country has proven they can hit.

“The KPA Strategic Force is now carefully examining the operational plan for making an enveloping fire at the areas around Guam with medium-to-long-range strategic ballistic rocket Hwasong-12 in order to contain the U.S. major military bases on Guam including the Anderson Air Force Base,” a Korean People’s Army spokesman said Wednesday.

President Donald Trump told reporters that North Korea needed to heed U.N., Chinese, Russian and U.S. demands to halt nuclear weapon and missile testing or risk feeling the might of the world against it.

“They will be met with fire, fury and frankly power the likes of which this world has never seen before,” Trump told reporters Wednesday.

Democrats quickly criticized the president and pleaded for a return to a diplomatic solution.

Senate Minority Leader Chuck Schumer (D-NY) said in a statement: “We need to be firm and deliberate with North Korea, but reckless rhetoric is not a strategy to keep America safe.”

“The United States must quickly engage North Korea in a high-level dialogue without any preconditions,” Sen. Diane Feinstein (D-CA) said in a statement, stating “in my view, diplomacy is the only sound path forward.”

“What the president is doing is sending a strong message to North Korea in language that Kim Jong Un can understand, because he doesn’t seem to understand diplomatic language,” Tillerson said. “I think the president just wanted to be clear to the North Korean regime on the U.S. unquestionable ability to defend itself, will defend itself and its allies.”

"I don't think @POTUS…is going to go back to the same track that has totally failed for the last 25 years. He shouldn't."[email protected] pic.twitter.com/ybQtTjWSMR

Both North Korea and its close ally Iran have shaken off U.N. and U.S. sanctions that have diplomatically sought to prevent the two anti-West countries from gaining nuclear weapons and ICBM capabilities. Whatever capability one has, the other will soon possess.

Once able to strike anywhere in the world with city-killing weapons, what chance will diplomacy have?

Support Conservative Daily News with a small donation via Paypal or credit card that will go towards supporting the news and commentary you've come to appreciate.
Tags
North Korea