NBA superstar LeBron James continues to whip out shovels of bloody red chunks of meat to his legions of fans that cling to his every word and cheer his every action.

The Cleveland Cavaliers forward is, however, preaching a conflicting message that does little to help heal the growing racial divide in America. One might posit that Mr. James is doing exactly the opposite by continuing to suggest that the President of the United states is an illegitimate racist.

King James – who endorsed and campaigned for Hillary Clinton – is another prima donna multi-millionaire celebrity athlete who doesn’t spend any time considering the long-term consequences of his words in a society being torn apart.

On Tuesday, he once again played to the basest instincts of anti-white haters by accusing President Trump of being a purveyor of hate, talk about the pot calling the kettle black.

LeBron James: Only way for us to get better as people is love – ESPN https://t.co/l6HvtuP5XZ pic.twitter.com/DkEeij2pBq

Via ESPN “LeBron James: Only way for us to get better as people is love”:

LeBron James called for healing in the wake of this past weekend’s violent protests in Charlottesville, Virginia, and took a swipe at President Donald Trump during James’ annual family reunion charitable event Tuesday night.

“I know there’s a lot of tragic things happening in Charlottesville,” James said before leaving the stage at Cedar Point amusement park. “I just want to speak on it right now. I have this platform and I’m somebody that has a voice of command, and the only way for us to be able to get better as a society and us to get better as people is love.

“And that’s the only way we’re going to be able to conquer something at the end of the day. It’s not about the guy that’s the so-called president of the United States, or whatever the case. It’s not about a teacher that you don’t feel like cares about what’s going on with you every day. It’s not about people that you just don’t feel like want to give the best energy and effort to you. It’s about us. It’s about us looking in the mirror. Kids all the way up to the adults. It’s about all of us looking in the mirror and saying, ‘What can we do better to help change?’ And if we can all do that and give 110 percent … then that’s all you can ask for.

Then he showed what a hypocrite he is, just another hater talking ‘bout love but it doesn’t take much to see what this guy is all about – besides money.

Hate has always existed in America. Yes we know that but Donald Trump just made it fashionable again! Statues has nothing to do with us now!

This guy may be able to score at will in the NBA, but a philosopher king he is not. Sadly, millions of people do listen to him and that is a huge problem as racial tensions escalate and Democrats pour gas on the fires to energize voters for next year’s midterm elections.

Great Americans like #LeBronJames tried to help Hillary 'save' America. They love this country! #Charlottesville pic.twitter.com/ruw8nFVQXs

Support Conservative Daily News with a small donation via Paypal or credit card that will go towards supporting the news and commentary you've come to appreciate.
Tags
LeBron James NBA Sports 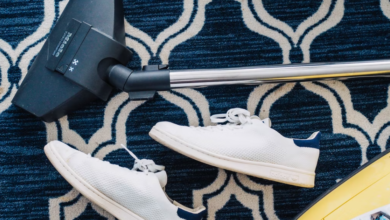