Harvey is moving back into the Gulf of Mexico Monday morning and will dump another 15-20 inches of rain on the Houston metropolitan area over the next 3-4 days. 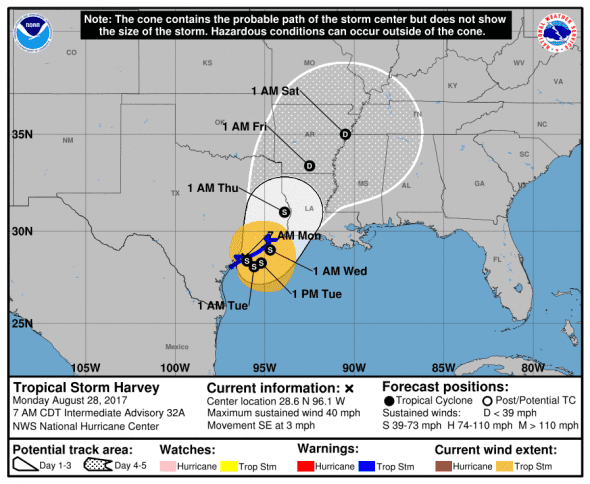 Flooding in Houston has reached historic proportions and is unlikely to subside soon. The Army Corps of Engineers has begun releasing water from two dams that feed into a waterway that goes through the downtown area. The release is needed to prevent the failure of the dams and/or upstream flooding. The release has forced the evacuation of 1,000s not previously impacted by flooding. 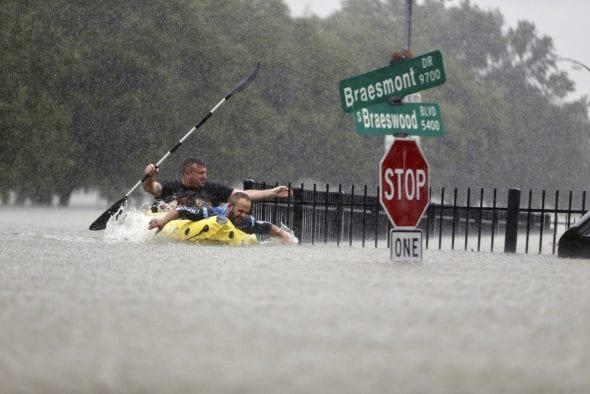 Two people have been confirmed dead in the Houston flooding and five overall due to Harvey. The death toll is expected to climb once currently unreachable areas can be accessed.

Centerpoint Energy, Houston’s largest electrical provider reports that almost 90,000 people are without electricity in the Houston/Galveston region and that repairs may not happen soon.

“CenterPoint crews unable to reach many parts of the city due to flooding,” a warning on Centerpoint’s website reads. “Restoration estimates unavailable until travel improves.”

Both Houston airports are currently closed and one says they don’t expect to open until at least Wednesday due to flooding.

Dallas, Texas has turned its convention center into a “mega shelter” to take in evacuees beginning on Tuesday.

“We have been advised by the state to be prepared for up to 5,000 evacuees, and we are committed to doing whatever it takes to accommodate our fellow Texans who may need assistance,” said Vaz.

Harvey is expected to strengthen slightly before returning inland and beginning a northeast course through east Texas and Louisiana. 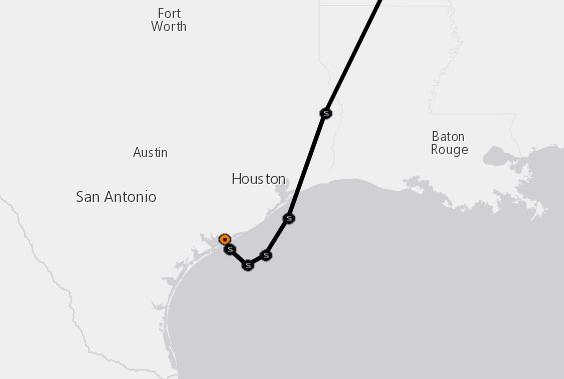 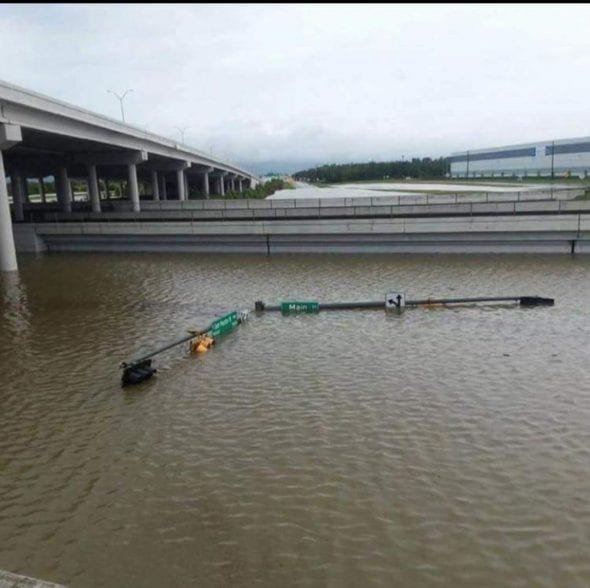 Support Conservative Daily News with a small donation via Paypal or credit card that will go towards supporting the news and commentary you've come to appreciate.
Tags
flooding Houston Hurricane Harvey Texas The Weather