I have always enjoyed history; ever since I was about 15 years old I enjoyed reading history, mostly American history. During the course of the Civil War, or the War Between The States almost 700,000 men died, and guess what? They were all Americans. Those who fought for the North and those who fought for the South considered themselves Americans, just fighting for different causes.

One of the great generals to come out of that war was General Robert E. Lee. He was admired by all; even President Lincoln admired him and praised him as a general and gentleman. Over the years he has been celebrated as one of the better generals our country has produced. The important point is that he was an American and patriot as was the almost 700,000 men who died during that war.

Now we have people, mostly on the Left, who want to eradicate parts of our history that they don’t like, that’s dangerous. Because when you start to change history to the way you think it should be, the worst is yet to come, just look at Germany in the 1930’s, or take a look at Russia.

Just the other day a statue of Robert E. Lee was torn down, why? One of the protesters said; “When I see a Confederate statue in downtown Durham, or really anywhere, it fills me with a lot of rage and frustration.” I am willing to bet that she has no clue about our history, or who Robert E. Lee really was, only what her Liberal-Progressive leader told her who he was. The problem with revising history based on a standard of “feeling offensive,” is that someone somewhere will always take offense at something. And with that in mind, this never ends, until America is no more. Martin Luther King was a Communist, should his statues come down next?

Look, we had slavery in this country, as did every other country on the planet, some still do. To blame it on white supremacy is a joke. If people knew their history they would know that one of the first slave holders in this country was a black man. What about the tribes in Africa, they had slaves and they sold their slaves to slave traders of all races.

Every race of people owned slaves, yes even black people owned black slaves. To blame white people for slavery is ridiculous; there is plenty of blame to go around. 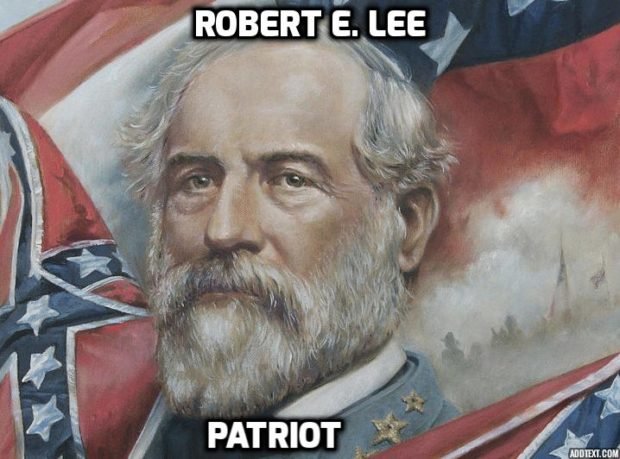