The inestimable English philosopher, G.K. Chesterton, once wrote, “Men do not differ much about what things they will call evils; they differ enormously about what evils they will call excusable.” This is nowhere more self-evident than in the current political climate, where so much of what is encouraged, promoted, and perpetrated against political opponents can easily be classified as “evil.” Yet it’s clearly “excusable” when perpetrated one way, as far the media, Hollywood, and the political elite are concerned, but inexcusable for the political right. 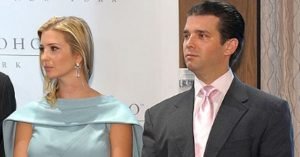 To illustrate, drawing from this week’s headlines, Donald Trump, Jr. reportedly received an unsolicited email from someone in the music industry who wanted to set him up to meet with a Russian attorney who purportedly had “dirt” on Hillary Clinton (who doesn’t?), and who was not connected with the Russian government. In other words, she was a private Russian citizen. The mainstream media and leftists in general are alleging “collusion” as a result of the email, even though there is no evidence that any information was transferred to, or used by the campaign.

In contrast, according to Politico, “A veteran DNC operative who previously worked in the Clinton White House, Alexandra Chalupa, worked with Ukrainian government officials and journalists from both Ukraine and America to dig up Russia-related opposition research on Trump and Paul Manafort. She also shared her anti-Trump research with both the DNC and the Clinton campaign. Chalupa met with Ukrainian Ambassador Valeriy Chaly and one of his aides, Oksana Shulyar, at the Ukrainian Embassy in March 2016 to talk about unearthing Paul Manafort’s Russian connections, Chalupa admitted to Politico.”

So why, pray tell, is it acceptable for Hillary Clinton to collude with Ukrainian sources for opposition research, but not for Donald Trump, Jr. to even show an interest in a Russian attorney’s opposition research on Clinton? Clinton’s source worked closely with Ukrainian government sources, and was given information, while Trump merely showed an interest, and received apparently nothing, from a private Russian citizen with no connection to the government! 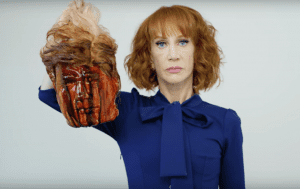 To further illustrate the duplicity of the left and the mainstream media, imagine if a conservative comedian, like Dennis Miller, had held up, ISIS style, a fake severed head of Barack Obama. It would have dominated the mainstream media news cycle for weeks, if not months. Yet for some inexplicable reason, the mainstream U.S. media hardly mentioned comedienne Kathy Griffin pictured with a decapitated Donald Trump. If conservative news sources, and international news sources, hadn’t covered it, it would not have been even noticed. The only component of the story carried by the MSM was her ranting reaction to getting fired by CNN over the escapade, where she tearfully claimed to have been “bullied” by the president.

Consider another example. Imagine what a visceral reaction the media and the left would have if former U.S. Attorney General John Ashcroft posted a video urging people to march, bleed, and die in the streets had Hillary won last November. They would be apoplectic! Yet that’s precisely what erstwhile U.S. Attorney General Loretta Lynch did in February. “It has been people, individuals who have banded together, ordinary people who simply saw what needed to be done and came together and supported those ideas who have made the difference. They’ve marched, they’ve bled and yes, some of them died. This is hard. Every good thing is. We have done this before. We can do this again,” Lynch stated in her posted video. The left has used the video to mobilize their reactionary and revolutionary forces against the administration, based upon emotional arguments. Yet the mainstream media has virtually ignored it. Now, why would that be? 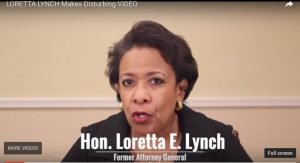 What might the reaction have been from the media and the left if a major performing artist had proclaimed they had a fantasy about blowing up the White House after Obama was elected? Outrage, disgust, rejection, and possible legal action. Not so after Trump’s election. At a “women’s” march on D.C. in January, in an expletive-laced rant, the inimitable Madonna screeched, “Yes, I’m angry. Yes, I am outraged. Yes, I have thought an awful lot about blowing up the White House.” Hardly a ripple ensued with the mainstream media, but liberals everywhere sang her praises in affirmation in defending her.

Then there’s the hip-hop scene, where the “artist” Snoop Dogg, in his music video released in March, shoots a clown that looks like Donald Trump in the head. As distasteful and reprehensible as it is, ne’er a word of consternation from the mainstream media or the entertainment industry. One can’t help but imagine their reaction if some country music star had done the same with the visage of President Obama. They most certainly would not have been so reticent!

As if he didn’t want to be out “dogged,” rapper and actor Little Bow Wow, aka Shad Moss, responded to Trump’s tweeted reaction to Dogg’s video. Mr. Wow tweeted, “Ayo Donald Trump shut your punk a** up talking sh*t about my uncle Snoop Dogg before we pimp your wife and make her work for us.” How would his world have been rocked if some cracker had suggested kidnapping and pimping out Michelle Obama?

At the beginning of the Obama administration, Barack Obama declared that his kids would be “off limits” to the media and political punditry. They readily obliged, even to the point that we saw precious little of them during their formative years growing up in the “People’s House.” That notion has clearly not carried over to the Trump children, especially his 11-year-old son, Barron, who is frequently the target of aspersions, classless accusations, and tasteless critiques. The most egregious of which was by Saturday Night Live writer Katie Rich, who tweeted, “Barron will be this country’s first homeschool shooter.”

Recall, if you will, the broad-based denunciation of the attempted assassination of Congresswoman Gabby Gifford of Arizona, in 2011. And compare that with the selective outrage aimed at the perpetrator of the heinous shooting of Republican staffers and Congressman Steve Scalise in Alexandria, Virginia last month. Sympathy for the victims was fairly universal in both instances. Yet so much more was made of the purported political motivation behind the Gifford shooting (which was mostly unwarranted) than was made of the Scalise shooter, who was specifically targeting Republicans. Regrettably, the sentiment amongst liberals seemed to reflect the content of an email threat received by Republican Rep. Claudia Tenney, that read, “One down, 216 to go.” 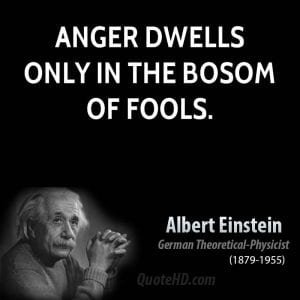 The left has become unhinged. And in the process, they’ve proven how crude, crass, classless, and deprived of values they really are. This could be a “chicken and the egg” kind of philosophical conundrum. Which came first: the classless person who adopted ideological liberalism, or the liberal who lost their moral rudder and became crude and value-less citizens? For it no longer feels as if it’s only the liberal fringe: it’s gone mainstream.

Reason and logic elude them as if they’re allergic to it. The primary basis from which they vent is unadulterated emotion, and right now, the dominant emotion is anger. Well, might they heed the counsel of Mark Twain who said, “Anger is an acid that can do more harm to the vessel in which it is stored than to anything on which it is poured.”

If liberals continue to feel like they can say and do whatever they wish with impunity, as inconceivable as it may seem at the moment, the realm of public discourse and political commentary will only degrade further, carrying society and our culture even deeper into the gutter. We can only hope that they will find their scruples, sooner rather than later, before they completely trample what semblance of humanity we have remaining!

Support Conservative Daily News with a small donation via Paypal or credit card that will go towards supporting the news and commentary you've come to appreciate.
Tags
Corruption on the left Intolerant Left left-wing tactics