How many times have we seen college students acting like Hitler’s Brown Shirts when they were confronted with speech they didn’t want to listen to? God forbid they might have to tolerate a different opinion than their own. The worst part is that the college leaders fostered the behavior.

But now there might be hope. Claremont McKenna College in liberal California has actually disciplined seven students who blockaded the entrances of a lecture hall in April in anticipation of a talk by Black Lives Matter critic Heather Mac Donald. It’s not very many considering there were a few hundred people, but hey, it’s a start.

During the protest, students were yelling “Fuck the police” and “Black Lives Matter.” The students then surrounded the building and began banging on the windows. Once authorities determined things were getting out of hand, they cut the lecture short and escorted Ms. Mac Donald out of the hall through a back entrance.Three students were suspended for one year, two were suspended for one semester, and two were placed on conduct probation for their roles in the demonstration, the college put out in an email. The e-mail went on to say, “The blockade breached institutional values of freedom of expression and assembly. Furthermore, this action violated policies of both the College and The Claremont Colleges that prohibit material disruption of college programs and created unsafe conditions in disregard of state law.”

I hope this is the start of a trend in colleges across the country; enough is enough of these little fascists, who by the way think everyone else are fascists. I think it was Winston Churchill who said, “The Fascists of the future will call themselves anti-fascists”

Colleges need to start getting tough on these students, the faculty is supposed to run the college, not the students. Once they start showing students who’s the boss, students might actually sit in class and learn something useful. 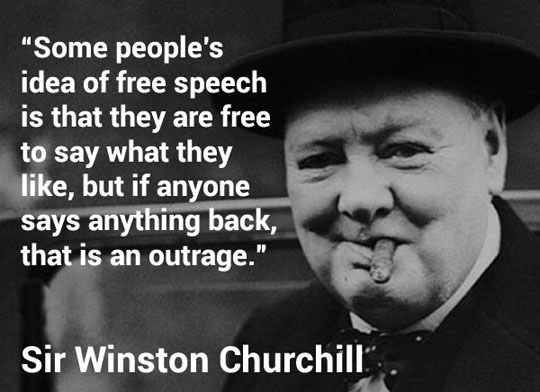