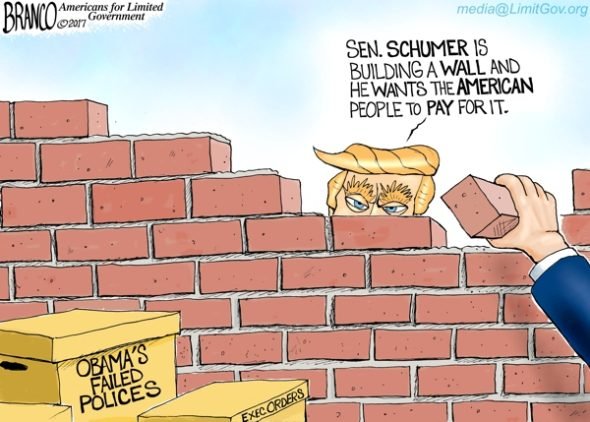 A report in the Washington Times said that Senate Democrats are abusing a traditional courtesy to further delay President Donald Trump’s judicial nominees.

No Democrat has yet returned a blue slip signaling acceptance of President Trumps federal judicial picks – an ominous sign for Republicans, who fear it signals an upcoming attempt to slow-walk the administrations plans to reshape the federal judiciary.

Blue slips are a tradition that gives senators a soft veto over judges from their states who don’t meet with their approval. But, the patience of Republicans is running thin. Senate Judiciary Committee Chairman Chuck Grassley (R-IA) is considering pushing Trump’s nominees through without the consent of the home state Senators.

The unprofessional obstructionism from Democrats is nothing new.

Democrats in the Senate have delayed crucial appointments made by President Trump in an attempt to obstruct the will of the American people and the Presidents agenda:

Democrats in the Senate have shown they are willing to irresponsibly break with tradition that allows a President to choose his own appointees in a timely fashion:

In an effort to prevent President Trump from following through on the policies for which the American people voted, Senate Democrats are putting his nominations through time-consuming parliamentary procedures not seen by the previous Administration/

Democrats in the Senate have allowed only 10 percent of President Trumps confirmations to happen by voice vote, while more than 90 percent of Obamas were confirmed by a simple voice vote at this point in 2009.

In just a few months, Democrats have delayed President Trump’s nominations by going through the burdensome cloture process 30 times. In comparison, President Obama only had 8 cloture votes on his nominations by the first August recess of his Administration.

The blatant obstruction of the president’s nominations threatens key aspects of the Government, including national security, by leaving positions vacant. The Department of Defense has seen only 6 of President Trumps 22 nominations confirmed.
Positions awaiting confirmation votes include:

The Department of Homeland Security has only 3 of President Trump’s nominations confirmed. The Director of U.S. Citizenship and Immigration Services has still not been confirmed.

Even as the President pushes to reform the healthcare system so it works for the American people, only one-third of his nominations to Health and Human Services are confirmed. The Department of Health and Human Services (HHS) has only 3 of President Trumps 11 nominations confirmed. The Senate has yet to confirm the important position of Deputy Secretary of HHS.

The petty actions of Democrats in the Senate are hurting America’s ability to defend itself, control the border and provide essential services.

Support Conservative Daily News with a small donation via Paypal or credit card that will go towards supporting the news and commentary you've come to appreciate.
Tags
Chuck Grassley Democrats Trump Administration