There was an old saying, “So goes California, so goes the Nation.” Maybe that was true at one time, but from where I sit, that state is on its way to collapsing. There is no doubt that the once great state has moved far to the left of mainstream America. Jerry Brown, the Governor, is pushing that state into bankruptcy and to a state where the crime rate is soaring because of their soft approach to the criminal mentality.

In 2014 the voters of California approved a bill that would ease the overpopulation in jails and prisons by lowering law enforcement standards on crime. They were told by legislators that this would have little effect on crime. Well, you don’t have to be a rocket scientist to figure out that if you look the other way when a crime is committed, that crime will go up. But try and explain that to a Liberal, you just get a blank stare.

Since the law went into effect three years ago, arrests are down 30 percent but violent crime has gone up an incredible 40 percent in Los Angeles. Riverside police Sgt. Sean Brown said, “If nobody goes to jail for committing a crime, what’s to prevent them from committing more crimes?” Is he the only sane voice in the state?

“California is certainly having a significant problem with the increase in crime in our state. The only thing that’s really showing a difference in terms of how we approach crime and criminals is this change in our law allowing people to be able to go out on the streets, which previously they would have stayed in prison and not be committing crimes.” This was said by California Assemblyman Matt Harper, and wouldn’t you know it, he’s a Republican, who would have thunk it. He also said, “To play these nonviolent offender games is a recipe for disaster.”

If California keeps going down the path they are on, they will surely become a third world country and don’t think for a moment that they will be going to the Federal Government for a bailout. I would say, “Hey you made your bed now sleep in it.” That was one of my father’s favorite lines. 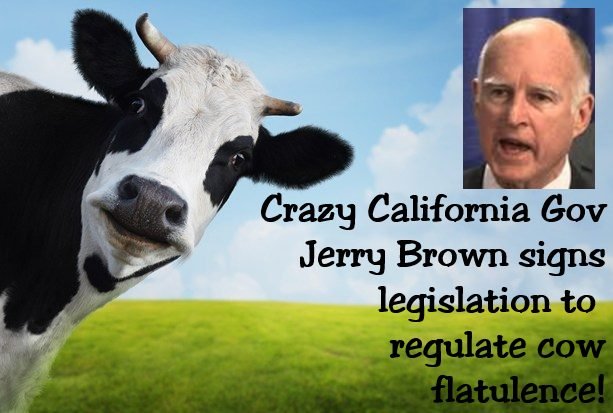 Support Conservative Daily News with a small donation via Paypal or credit card that will go towards supporting the news and commentary you've come to appreciate.
Tags
California Federal Government Jerry Brown