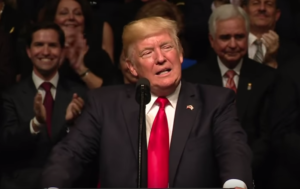 President Donald Trump was praised for his statement after the shooting of Steve Scalise, but his address on U.S. – Cuba foreign policy on Friday may have been the best of his presidency.

Marco Rubio spoke first then Vice President Mike Pence introduced Trump to a rousing standing ovation. In his speech President Trump obliterated ANOTHER Obama-era policy in Miami, as he announced the end of Obama’s “One-sided” Cuba Policy. This move by President Trump will crack down on the flow of U.S. cash to the Cuban military and the Castro regime!!!  The directive which he signed restricts tourism to the Island, reinstates the importance  of the trade embargo and institute a prohibition of financial transactions with companies controlled by the Cuban military.

The Trump hating media will play up the angle of it rescinding Obama’s order of restricting trade and tourism. But Trump, being a shrewd businessman, he knows a thing or two about making deals – after all, he wrote the book on it.  The No.1 rule is you don’t make a deal without getting something in return which Trump is doing here and Obama didn’t. He will lift the sanctions in return for freedom for the people of Cuba.

Don’t believe what the media is saying  about him restricting travel and trade as a bad thing. What he said was  under Obama it was one sided deal like the Iran deal and the military gets all the money. He wants to help the Cuban people and said he would keep the sanctions on until all the political prisoners are released and Cuba allows freedom of speech in public without repercussions and they have free elections monitored internationally. He then signed the order in front of everyone and held it up for all to see.

It was quite a speech and had everyone cheering. He brought out a woman who was in prison in Cuba for 15 years and gave her a big hug and kiss and another man who was in for 20 years. 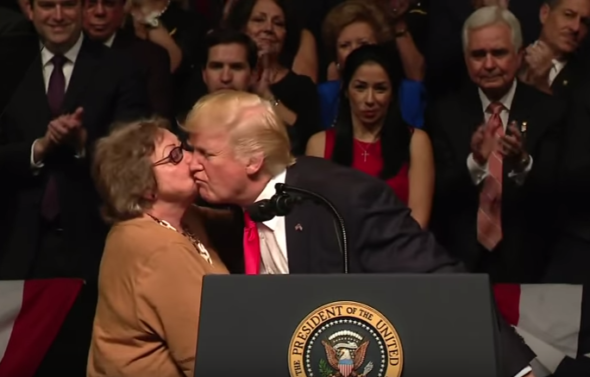 The high point was when he told a story about an 8-year-old boy, Luis Haza, whose father was chief of police in Cuba and was taken away with 71 others and executed under Castro. The kid took up the violin and became a star by the time he was 12, He was asked to play before Castro and he refused. Castro sent his soldiers out after him and they commanded him to play. He played the Star Spangled Banner and they were silent and left. Trump said today that young boy is a man and a world renowned  violinist  and  conductor and introduced him he asked him to play and the young man played the Star Spangled banner note for note perfect while everyone stood with their hand over their heart. When he was finished Trump asked him if he was more nervous then when the soldiers came or now and he replied laughingly “now.” 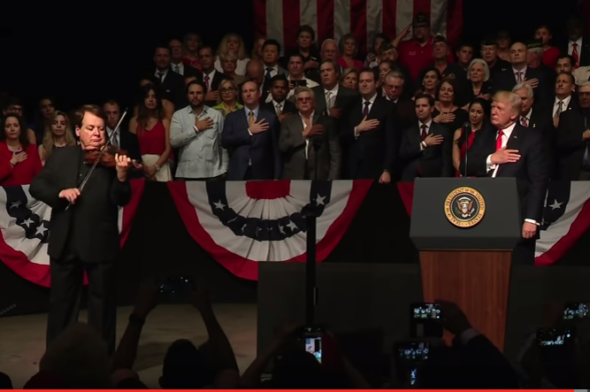 Trump also demanded that Cuba release to U.S. authorities Joanne Chesimard, who is accused of killing a New Jersey state trooper in 1979 and fled to Cuba after escaping prison here.

The superintendent of the State Police on Friday applauded President Donald Trump for demanding that Cuba return fugitive Joanne Chesimard, who escaped from a New Jersey state prison in 1979.

Col. Rick Fuentes’ laudatory response was in contrast to remarks he made in January about outgoing President Barack Obama, whose administration began normalizing relations with the Cold War-era foe.

Trump made the demand for the return of Chesimard — who was convicted for her role in the killing of a state trooper on the New Jersey Turnpike in 1973 — as he spoke in Miami about U.S. policy toward Cuba.

“Return the fugitives from American justice, including the return of the cop killer Joanne Chesimard,” Trump said.

Fuentes — in a Facebook post that indicates that the State Police paid for it to be more widely seen — said he was now “more hopeful than ever” that Chesimard would be brought to justice.

“On behalf of all the men and women of the New Jersey State Police, I am grateful for his recognition and deep concern that Cuba continues to harbor this country’s most wanted cop killers and domestic terrorists,” Fuentes said.

Support Conservative Daily News with a small donation via Paypal or credit card that will go towards supporting the news and commentary you've come to appreciate.
Tags
Cuba Joanne Chesimard Luis Haza