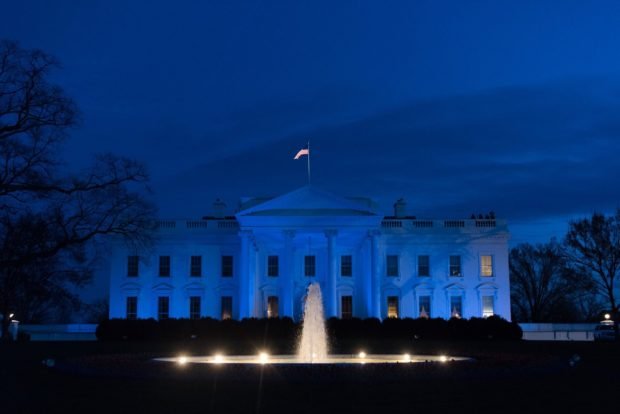 President Trump has ordered the White House to be lit completely in blue Monday night to honor fallen members of law enforcement.

President Trump asked all Americans to “observe Peace Officers Memorial Day and Police Week with appropriate ceremonies and activities.” And consider flying flags at half-staff from their homes and businesses.

The statement notes that of the 118 officers who died on duty last year, 66 were “victims of malicious attacks.” That is an increase of almost 40 percent from 2015.

The president also asked governors and other officials to order flags flown at half-staff in honor of those that paid the ultimate price while serving their communities.

The holiday was created in 1961 by John F. Kennedy signed the bill into law.

Former president Bill Clinton signed a change to the law that directed that the flag of the United States be flown at half-staff on May 15th.