For many, the significance of Memorial Day seems to be lost in the temporal anticipation of the first holiday of summer. The day’s true significance is found in acknowledgment of the ultimate sacrifices made for our freedom, by our men and women in uniform. As such, it is much more than simply a day for a picnic, or a weekend getaway. It is a day of reflection, acknowledgment, and gratitude for the sacrifices made by relatively few, so the many may enjoy freedom and liberty today.

It is a day to pause from the daily grind and celebrate the lives and sacrifices of those who have perpetuated our republic – this One Nation Under God. It is a day to reassess our own convictions to the principles that those who have worn the uniform of our young nation have been willing to sacrifice their own lives for, in order to preserve the legacy of liberty, from one generation to the next. The torch of Madam Liberty has been perpetually and successively passed from the earliest generations of Americans to those who yet wear the uniform. And to them we owe our all.

There is nothing we can do which can repay those who have so sacrificed that we might be free, but everything we do does count in some small way. Abraham Lincoln put into proper perspective what we do to celebrate the lives of those who have been willing to pay the uttermost farthing for our freedom. “We cannot dedicate – we can not consecrate – we can not hallow – this ground. The brave men, living and dead, who struggled here, have consecrated it, far above our poor power to add or detract. The world will little note, nor long remember what we say here, but it can never forget what they did here.”

Then follows his challenge for us. “It is for us the living, rather, to be dedicated here to the unfinished work which they who fought here have thus far so nobly advanced. It is rather for us to be here dedicated to the great task remaining before us – that from these honored dead we take increased devotion to that cause for which they gave the last full measure of devotion – that we here highly resolve that these dead shall not have died in vain – that this nation, under God, shall have a new birth of freedom – and that government of the people, by the people, for the people, shall not perish from the earth.” 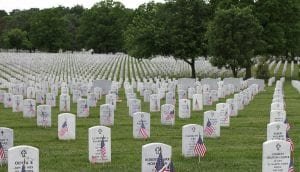 The Civil War has long since ended, yet the veracity of Lincoln’s statement rings equally true today as it did over 150 years ago. We cannot hallow the ground where our brave have fallen. They consecrated it with their blood and their lives. And not only the ground fought over during our Civil War, but around the globe where we have fought to prevent expansion of liberty-destroying socialism, the fiendish tyranny of dictators and freedom-trampling totalitarians and terrorists around the world.

The necessity of these men and women willing to serve and fight in inconceivably horrendous conditions in our behalf should be self-evident. Contrary to the platitudes of a popular bumper sticker, sometimes war is the answer. And as appalling as war is, there are worse things, like the expunging of personal liberty by communism, socialism, and totalitarian regimes, and the heinous cruelty and tactics of terror or radical extremist groups.

The English philosopher John Stuart Mill put this dichotomy into even more stark personal terms. He reasoned, “War is an ugly thing, but not the ugliest of things; the decayed and degraded state of moral and patriotic feeling which thinks nothing worth a war, is worse. A man who has nothing which he cares more about than he does about his personal safety is a miserable creature who has no chance at being free, unless made and kept so by the exertions of better men than himself.”

Since the earliest days of our republic, tens of millions of Americans have served honorably, wearing our nation’s military uniforms. Of those, 1.2 million have made the ultimate sacrifice with their lives, and more than 1.4 million have been wounded in combat, in defense of liberty. Yet the value of their sacrifices, and those made by their families, is truly inestimable and incalculable. 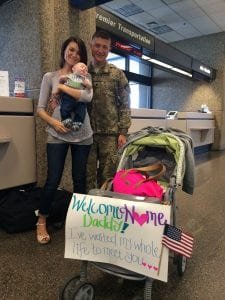 General Douglas MacArthur delivered his farewell speech to the cadets at the U.S. Military Academy in May, 1962. He used the occasion to eloquently reference the nature and character of those who so choose to serve us. “When I think of his patience under adversity, of his courage under fire, and of his modesty in victory, I am filled with an emotion of admiration I cannot put into words. He belongs to history as furnishing one of the greatest examples of successful patriotism. He belongs to posterity as the instructor of future generations in the principles of liberty and freedom. He belongs to the present, to us, by his virtues and by his achievements. In twenty campaigns, on a hundred battlefields, around a thousand campfires, I have witnessed that enduring fortitude, that patriotic self-abnegation, and that invincible determination which have carved his statue in the hearts of his people.”

President Ronald Reagan, at Arlington National Cemetery, on Memorial Day, 1982, expressed the profound gratitude of a thankful nation. “I have no illusions about what little I can add now to the silent testimony of those who gave their lives willingly for their country. Words are even more feeble on this Memorial Day, for the sight before us is that of a strong and good nation that stands in silence and remembers those who were loved and who, in return, loved their countrymen enough to die for them. Yet, we must try to honor them not for their sakes alone, but for our own. And if words cannot repay the debt we owe these men, surely with our actions we must strive to keep faith with them and with the vision that led them to battle and to final sacrifice.”

His ensuing counsel for the citizens of America is as appropriate and proper now, as it was then. “Our first obligation to them and ourselves is plain enough: The United States and the freedom for which it stands, the freedom for which they died, must endure and prosper. Their lives remind us that freedom is not bought cheaply. It has a cost; it imposes a burden. And just as they whom we commemorate were willing to sacrifice, so too must we – in a less final, less heroic way – be willing to give of ourselves.”

Support Conservative Daily News with a small donation via Paypal or credit card that will go towards supporting the news and commentary you've come to appreciate.
Tags
Memorial Day Military