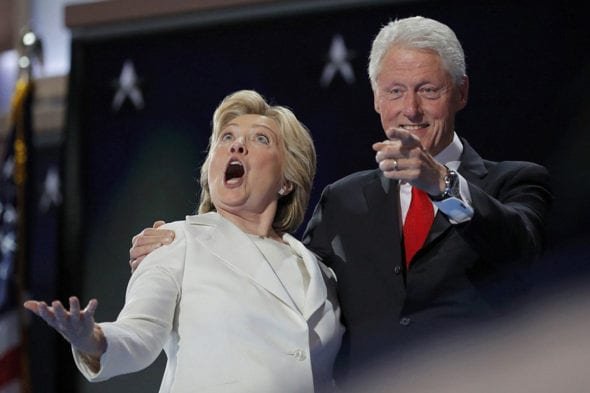 Christiane Amanpour’s softball interview of Hillary Clinton appears to have given the failed presidential candidate all the confidence she needs to start a political action committee despite her party, and everyone else, wishing she would fade away.

Democrats have suffered stunning losses at state and federal levels under old guard liberals like Clinton and Pelosi. The last thing that the donkey party needs is more influence from Hillary, but it looks like that’s exactly what they’re about to get.

Axios reported that Hillary will launch a PAC to act “as a quiet catalyst” for causes and organizations she is passionate about.

According to a source familiar with the planning, the initial focus will be on lifting up organizations that are the product of the energy and activism she has seen since the election, and existing groups that have been reignited and reinvigorated by that energy. She has met with some of these groups, and it’s something she’s become increasingly passionate about with each meeting, the source said.

The PAC will also likely function as a money funnel to the Clintons as their “charity,” The Clinton Global Initiative, shut its doors shortly after Hillary lost the 2016 presidential election.

Out of power and short on influence, Clinton needs a way to become relevant again as she seeks to return to paid speaking and bolster sales for upcoming books. Hillary’s previous publications, Stronger Together and Hard Choices missed expectations badly with her most recent work selling less than 3,000 copies in its first week. 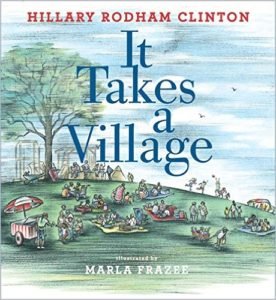 Hillary is about to publish a children’s book titled It Takes a Village: Picture Book Edition that, according to the books pre-order description, is “Inspired by the themes of her classic bestselling book It Takes a Village, Secretary of State and Democratic Presidential nominee Hillary Rodham Clinton’s first picture book tells a heartwarming and universal story of how a community coming together can make a difference.”

Clinton will also begin work on a self-introspective book that will use advice she’s received over the course of her life to revisit the times she was most challenged. But looking inward isn’t a strong point for Hillary as she has spent the last five months blaming anything that moves for her awful campaign.

“She said the words I’m responsible, but… everything else suggested that she doesn’t really feel that way,” former Obama adviser David Axelrod told CNN. “And I don’t think that helps her in the long run so if I were her I would move on.”

Staying true to her word in the Amanpour interview, Hillary appears to be back as “an activist citizen and part of the resistance.”

Support Conservative Daily News with a small donation via Paypal or credit card that will go towards supporting the news and commentary you've come to appreciate.
Tags
Clinton Global Initiative Hillary Clinton