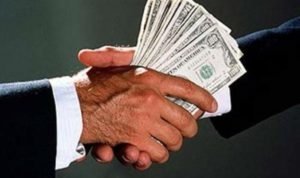 We’ve heard anguish and distress from our leftist friends concerning Russian hacking and the great threat it imposes on our election process.

While there has been very little sufficient evidence produced to back these irrational claims by the liberal media, it has done little to stop discombobulated liberals all over the country from actively working to delegitimize these election results. It’s time for liberals all across this great nation to ask themselves some tough questions.

I have a simple but meaningful suggestion to the individuals who refuse to accept the outcome of this election, focus on the real threats to our democracy. One which can be validated with credible information. The most severe threat is the purchasing of our elected officials by wealthy lobbyists and donors. This occurs every election from the highest office in the land right down to the local level, by pouring millions of dollars into our political process they quietly but efficiently buy the votes and actions of our elected officials.

Simply investigate politicians who enter the political field as a  public servant and leave many years later unbelievably rich. I will not list all of the known big money players who use their cash to curry the favor of those people for whom you’ve given your vote. But as a good example, let me offer up the name of one George Soros, who makes the likes of Barack Obama and Hillary Clinton dance to the tunes he plays. And this shameful game is not played by just one party.

It’s absolutely vital that we put a system in place with more effective controls and checks placed on the power of lobbyists and donors to buy our civil servants coupled with term limits. Let’s assume it’s exceedingly crucial for the average American to be made aware of the vulnerabilities of our political process. I encourage all to look into the corruption of our politicians through lobbyists and special interests. Let’s refrain from pointing the finger at the Russians simply because it fits into some political narrative driven by the media.

Support Conservative Daily News with a small donation via Paypal or credit card that will go towards supporting the news and commentary you've come to appreciate.
Tags
2016 Election News A Broken System