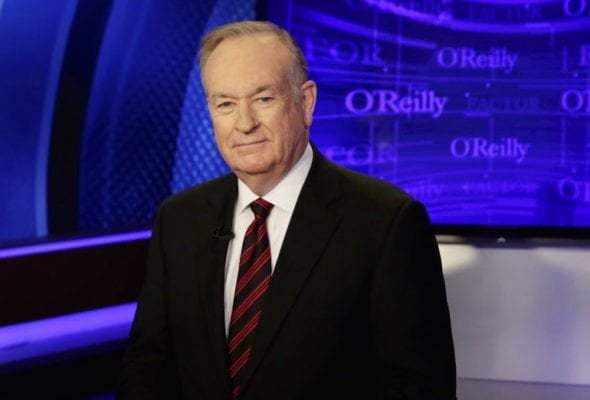 Bill O’Reilly is out at Fox News and the public story of unproven harassment allegations may be nothing more than a smoke screen.

Years ago, a woman who worked for O’Reilly said he sexually harassed her over the phone.Instead of hanging up she stayed on for over an hour with him.

Not much of it was heard until now when it was revealed that FOX and O’Reilly paid out 13 million dollars to various women who claimed harassment. This latest report of a black woman who said O’Reilly referred to her as “hot chocolate” sounded weird to me. The biased media made it sound like it was just now, but it was from10 years ago and she is just saying it now. She says she doesn’t want money she just wants her story told. Why did she wait ten years to report it?

Is the whole thing a hit job on O’Reilly?

Fox News appeared on the news scene as an alternative to heavily-biased cable and network news outlets CNN, ABC, NBC, CBS, and MSNBC. FOX shows its viewers things the main stream media didn’t want Americans to see because it didn’t fit their agenda.  FOX soon became the No.1 news station and still is – for now.

In July 2016, after the resignation of Roger Ailes due to accusations of sexual harassment, Murdoch was named the acting CEO of Fox News but is retiring now and his two extremely liberal, Hillary supporting sons have taken over.

The swift decision comes after network executives reportedly held an emergency meeting on Wednesday afternoon. The decision also divided Rupert Murdoch and his sons, Lachlan and James, who disagreed on whether or not to keep the network star. Ultimately, Rupert agreed with his sons about letting O’Reilly go.

NYDailyNews.com reported that two powerful women quietly helped, behind the scenes, to bring Bill O’Reilly down.

Sarah and Kathryn Murdoch — the wives of the ousted talk show host’s young bosses — are at least partially responsible for his humiliating exit from Fox News Wednesday. Sarah, 44, is a progressive-minded, British-born Australian model, former host of “Australia’s Next Top Model” — and wife of Lachlan Murdoch, co-chairman of Fox News Channel parent, 21st Century Fox. She was also instrumental in convincing her husband to boot the controversial O’Reilly, company sources told Media Blast. “These woman have unique access and complete trust (of Lachlan and James),” a Fox News executive said. “They’re very progressive and the O’Reilly situation has infuriated them.”

While the worst seems to be over for the network, one FOX News insider says that’s not the case, suggesting there are more women with stories of harassment: “There’s more to come,” but how many, if any of them, are true?

Liberals don’t seem to care about Bill Clinton’s having been accused of rape, losing a civil suit to Paula Jones and paying out $850,000 forcing his family to leave the WH broke.

Bill O’Reilly released a statement on his departure from Fox News while flying back from Italy Wednesday evening.

“Over the past 20 years at Fox News,” O’Reilly wrote. “I have been extremely proud to launch and lead one of the most successful news programs in history, which has consistently informed and entertained millions of Americans and significantly contributed to building Fox into the dominant news network in television.”

He called the circumstances surrounding his firing “tremendously disheartening” as O’Reilly claims they were based on, “completely unfounded claims.”

“But that is the unfortunate reality many of us in the public eye must live with today,” he continued. “I will always look back on my time at Fox with great pride in the unprecedented success we achieved and with my deepest gratitude to all my dedicated viewers.”

“I wish only the best for Fox News Channel,” Bill concluded.

Are O’Reilly’s accusers just Murdoch sycophants used as tools to move the network towards the left or have those women truly been harmed by the successful host? In O’Reilly’s own words, “What say you?”

Support Conservative Daily News with a small donation via Paypal or credit card that will go towards supporting the news and commentary you've come to appreciate.
Tags
Bill O'Reilly Fox News