After a Tsunami caused the meltdown and the release of radiation from a Japanese nuclear plant in 2011, we published “How to prepare for radioactive fallout” and today we noticed that it’s getting read .. a lot.

President Trump launched a slew of Tomahawk missiles at a Syrian airbase last week, U.S. commanders dropped the largest non-nuclear bomb on a set of ISIS caves in Afghanistan yesterday and now tensions are growing between North Korea and America all of which are stoking fears of coming war – nuclear war.

Google is today reporting record high search interest in the term “world war 3” with the top query being “donald trump world war 3.” The closest peak to today occurred in November of 2015 after the Paris nightclub attack and Turkey’s shootdown of a Russian fighter jet.

North Korea represents the largest threat to Japan and world peace as the nation’s leader is obsessed with obtaining and using nuclear weapons against the United States. While other nations possess the technology to nuke each other, Kim Jong-un actually wants to.

With Un’s interest in nuking America well publicized, the expectation would be that the U.S. would generate the most searches for WW3 information but it isn’t. 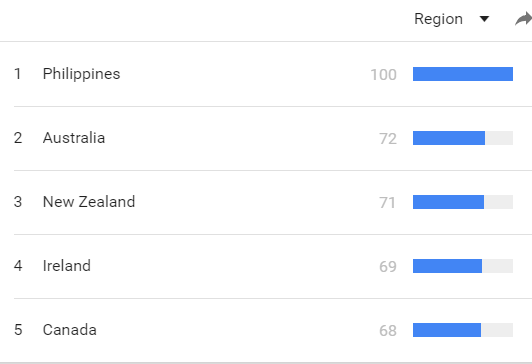 Duterte’s flailing about against China explains the Philippino interest in the term. Australian and Kiwi interest is likely due to their proximity to North Korea – but Ireland? Who knows?

When the term “nuclear war” is researched, Americans then take the lead for regional search interest. 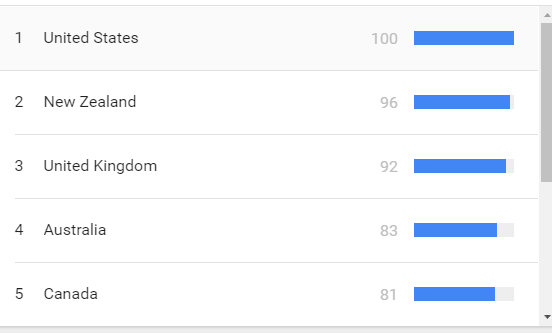 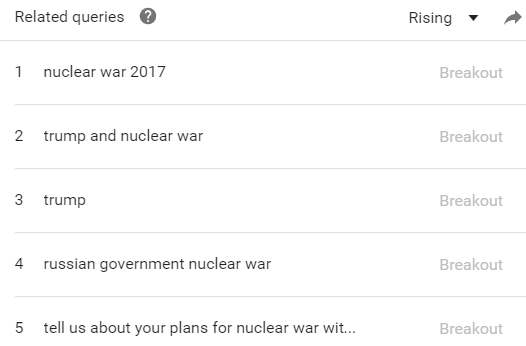