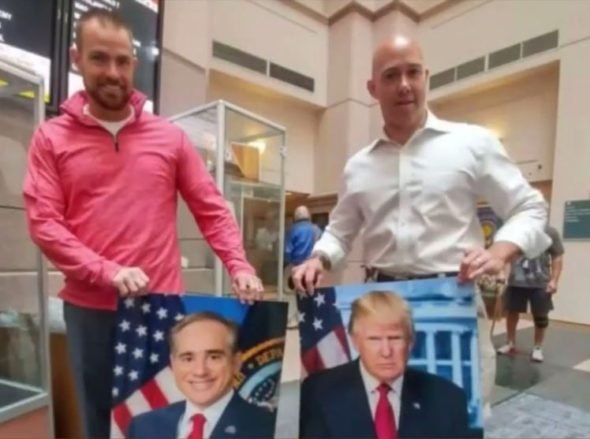 The Department of Veterans Affairs ordered all facilities Thursday to put up temporary official photos of President Trump and VA Secretary Shulkin.

“The Department of Veterans Affairs (VA), like all other federal agencies, relies on the U.S. Government Publishing Office (GPO) to provide us official photos of the President to display in our facilities. The GPO will print the portraits upon receipt of the file from the White House and then distribute accordingly,” wrote VA spokesman Randal Noller.

The order came after Rep. Brian Mast made public the Palm Beach, Florida VA Hospital’s unwillingness to hang portraits of the commander-in-chief and secretary claiming they even told him that Trump was “not our president.”

Mast personally brought in pictures of both men and had facility staff hang them only to have officials take them down as soon as the congressman left.

Support Conservative Daily News with a small donation via Paypal or credit card that will go towards supporting the news and commentary you've come to appreciate.
Tags
David Shulkin the Department of Veterans Affairs VA Hospital