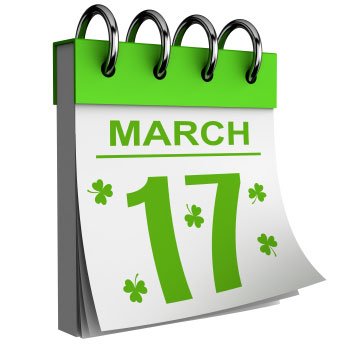 Saint Patrick’s Day is rich in history, traditions, and celebration – some as Irish as the shamrock, others … American inventions.

The legend of Saint Patrick driving hordes of snakes from Ireland with nothing but a staff is more symbolic than historic. Ireland has no indigenous snakes so there would have been no need to rid the countryside of the slithering reptiles.

Instead, the story is about Saint Patrick being responsible for the conversion of Ireland’s inhabitants to Christianity in a short, 200-year period. The snakes symbolize Catholicism driving out the evil of Paganism.

Irish or Yank? Which Traditions Come from Whom?

BOTH: Corned beef and cabbage are a little of both Ireland and America. Cabbage is traditional Irish fare but was usually served with bacon until, in early 1900’s America, Irish immigrants found the Jewish corned beef to be less expensive.

IRISH: The Shamrock was a Celtic sign of spring and became a symbol of Irish national identity when the English conquered the island nation and banned the use of the Irish language and the practice of catholicism. In Ireland, a small bunch of shamrocks is worn on the right breast and blessed by local priests.

American: Wearing of Green clothing is all American. It is thought to be the American version of wearing of shamrocks in Ireland.

American: Green Beer is an American thing. In fact, you’d find very few, if any, pubs in Ireland serving it.

American: Parades that celebrate the day started in 1766 in .. New York City. It wasn’t until 1995 that Dublin held its first St. Patrick’s Day parade.

Looking for some traditional Irish music for your St. Patrick’s Day celebration? Here are some authentic performers using instruments of the time performing traditional tunes.

The Chieftains – The Best of the Chieftains is a compilation of the top traditional Irish tunes performed by the band. You can purchase on CD or MP3 download HERE.

Saint Patrick’s Day by the numbers:

Support Conservative Daily News with a small donation via Paypal or credit card that will go towards supporting the news and commentary you've come to appreciate.
Tags
Saint Patrick Saint Patrick's Day