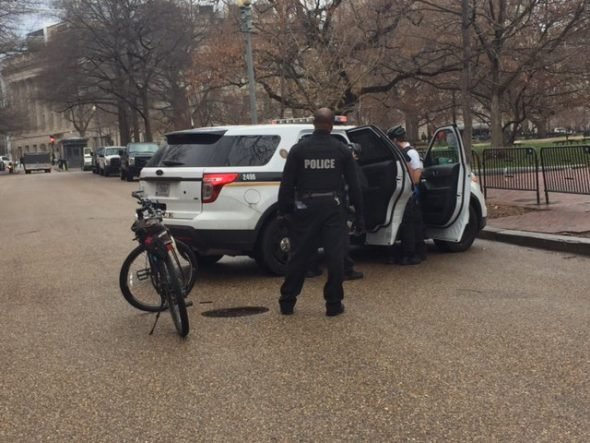 The United States Secret Service has a man in custody after he approached a uniformed officer at the White House with a suspicious package.

A male suspect approached the uniformed officer at 15th street and Pennsylvania Avenue around 10:15 a.m. Tuesday morning. The man made suspicious comments while holding a package. Officers then separated the individual and the package.

The suspect is in Secret Service custody.

Explosives teams cleared the package while a security perimeter had been established that closed roads around the White House and temporarily suspended East Wing tours.

The security perimeter has since been lifted.

Suspicious package near @WhiteHouse grounds cleared. All road closures related to this incident are lifted.

Support Conservative Daily News with a small donation via Paypal or credit card that will go towards supporting the news and commentary you've come to appreciate.
Tags
Secret Service The White House