Part of the reason why I believe this country is falling apart, is because of our elected officials. The same people that are elected and sworn to uphold the laws of this country, are the same people who are breaking those very same laws. What is the purpose of having laws, if we are not going to enforce them? Either repeal the law or enforce it.

We are just coming off 8 years of a lawless administration, Obama seemed to go through those 8 years picking and choosing which laws he wanted to defend, instead of enforcing all the laws of the land. Politicians around the country are refusing to uphold our immigration laws, allowing illegal alien criminals to roam the streets and cause harm to our citizens.

How can this be allowed? Why shouldn’t this so called senator be allowed to stay in his job, this man should be prosecuted.

Testifying before the Senate Public Safety Committee, De Léon defended the widespread practice by illegal aliens of using fraudulent documents to work and obtain taxpayer-paid benefits, dismissing any concerns California citizens may have about being the target of identity theft.

In an interview the following day on KPCC 89.3’s Air Talk with Larry Mantle, De Léon expressed outrage that President Trump’s executive order would include those who possess fraudulent documents or committed identity theft to obtain a Social Security number.

“Someone simply who received or purchased a [fraudulent] Social Security card down at McArthur Park, or elsewhere in my district would be eligible immediately for mass deportation,” De Léon said. This is a man who is trying to make the state of California a sanctuary state, where criminals roam free of prosecution.

This man is a total disgrace to his office and all of America should be outraged at the lawlessness this senator, a man that took an oath to uphold the laws of this country. All these Mayors who support their cities being a sanctuary for illegal immigrants should be pulled from office and if an illegal kills a citizen in their city, they should be charged as an accessory and be put in jail.

Governor Greg Abbott of Texas said, “Any law enforcement official who thinks they are above the law is being petty, is playing politics, is abandoning their oath of office.” He is right and actions must be taken against these so called representatives of the law. Donald Trump was elected at the right time, he ran on a restore law and order platform and we so  desperately need it more than ever. 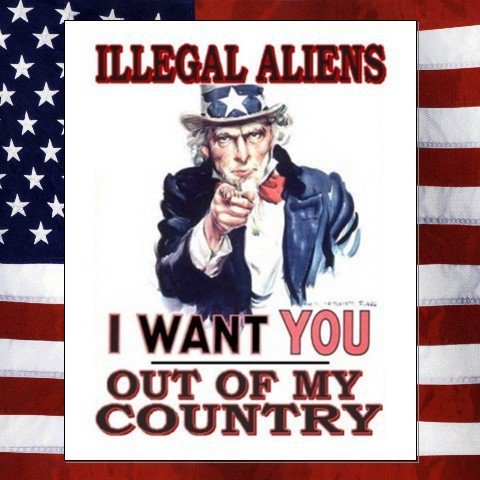 Support Conservative Daily News with a small donation via Paypal or credit card that will go towards supporting the news and commentary you've come to appreciate.
Tags
Illegal Aliens Politics Sanctuary Cities Sworn To Uphold The Law