For many years I have scratched my head and wondered why our society is trying to turn women into men, I just don’t get it. Why do women refuse to admit the truth, men are better at some things and women are better at others, there’s no shame in that.

In a recent study it was found:

The differences between the sexes affect all kinds of major and minor components about our bodies. Men have stronger bones than women, as well as stronger tendons and ligaments. Males have more muscle fibers, and because of this have greater muscle mass. Men have about 40 percent more muscle mass than women. Things like calorie intake also affects the sexes differently: men tend to convert extra calories into muscle and energy reserves. Females tend to convert them into fat deposit.

Because of their weaker bone structures, women are more prone to injury then men are. Many women in sports and other physical activities experience injury rates at levels that have been described as “epidemic” by some medical experts. Young women are more vulnerable to these injuries, many of which often lead to osteoporosis, even shortly after proper recovery.

This all came about because of the push to put women in combat positions, firefighters, construction and other male professions. In a recent book by Capt Katie Patrino, (A woman) “Get Over It! We Are Not All Created Equal“she says about women in combat:

Who is driving this agenda? I am not personally hearing female Marines, enlisted or officer, pounding on the doors of Congress claiming that their inability to serve in the infantry violates their right to equality. Shockingly, this isn’t even a congressional agenda. This issue is being pushed by several groups, one of which is a small committee of civilians…it’s very surprising to see that none of the committee members are on active duty or have any recent combat or relevant operational experience relating to the issue they are attempting to change.

Then we have the crazy left wing nutty teacher who tries to force girls to be more like boys.

A teacher at Blakely Elementary in Bainbridge Island, Washington, has decided to engage in her own classroom experiment of sorts, attempting to achieve what she calls “gender equity.” she noticed that during the 40-minute free play time in the classroom, the boys naturally gravitated toward Legos, building blocks, and other STEM-related toys while the girls wanted to play with dolls and crayons.

“I just feel like we are still so far behind in promoting gender equity,” she told the Bainbridge Island Review.

She went on to say, “Until girls get it into their system that building is cool, building is ‘what I want to do, I want to protect that.”

This teacher should be arrested for child abuse. God made men and women different, like I said in the beginning, men are better at some things and women are better at others. Forcing women to be more like men just to be politically correct is ridiculous, when we can restore reality and commonsense in our society we will be much better off. 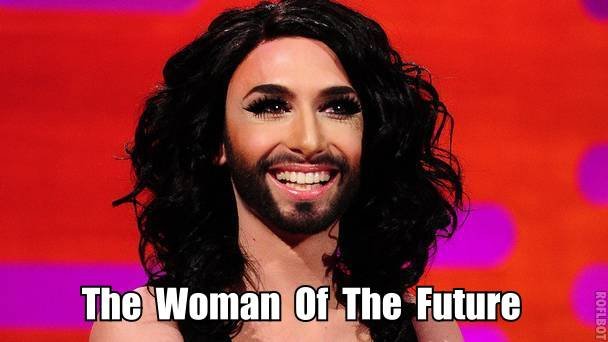 Support Conservative Daily News with a small donation via Paypal or credit card that will go towards supporting the news and commentary you've come to appreciate.
Tags
Gender Equality Gender Equality Is A Myth gender neutral Politics