President-elect Donald Trump has raised a record-setting sum in donations to go towards his inaugural events as his inauguration committee lines up entertainers and finalizes events for his big day.

Trump’s Presidential Inaugural Committee has raised a record $90 million-plus in private donations, far more than President Barack Obama’s two inaugural committees. They collected $55 million in 2009 and $43 million in 2013, and had some left over on the first go-round. 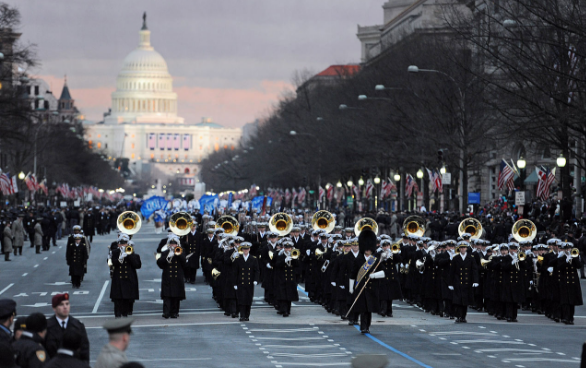 On Friday, the Presidential Inaugural Committee announced two inaugural celebrations, free and open to the public, to be held on Thursday, January 19, 2017 on the National Mall. These events will allow the American people to witness history and tickets are not required for admittance. Free commemorative tickets for the celebrations are now available at 58PIC2017.org.

The Make America Great Again! Welcome Celebration will take place following Voices of the People and will be broadcast live to the nation from the steps of the Lincoln Memorial. It will feature historic remarks from President-elect Donald J. Trump and special appearances from Toby Keith, Jon Voight, Jennifer Holliday, The Piano Guys, Lee Greenwood, RaviDrums, 3 Doors Down, and The Frontmen of Country (featuring Tim Rushlow, former lead singer of “Little Texas”, Larry Stewart of “Restless Heart” and Richie McDonald of “Lonestar”). The Celebration will also feature the participation of military bands as we honor our Armed Forces across all inaugural events and a fireworks show by Grucci at the conclusion.

The inaugural parade will feature more than 8,000 participants from 40 organizations:

Each branch of the United States military will also be represented in the parade.

Trump is planning just three inaugural balls in comparison to Obama’s ten ballroom events and has said that they will be less extravagant than past celebrations.

Support Conservative Daily News with a small donation via Paypal or credit card that will go towards supporting the news and commentary you've come to appreciate.
Tags
2016 Election News 2017 inauguration Trump Administration