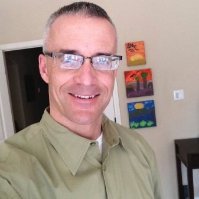 The stories of people de-friending each other on social media and family members no longer speaking highlight the great ideological divide brought about by the last eight years under President Obama and this year’s fiercely-fought presidential campaign, but now an internet company has announced that it can no longer, in good conscience, serve republicans.

1st in SEO’s CEO Mathew Blanchfield is creating more of the divisiveness that Americans rebuked on November 8th. It’s fine to be upset about the election and voice your opinion on the President-elect, but this guy is putting the livelihoods of all of his staff on the line as anyone that even remotely considers themselves a republican or who might have voted for Trump will have no choice but to move their business elsewhere. Then again, these SEO companies tend to be sketchy at best and usually produce poor results for the money – but I digress.

Blanchfield bet his business and the paychecks of those who work for him on the idea that there aren’t very many business websites out there with republican decision makers that need his services. As his publicity stunt gains … publicity – he will find out whether his bet pays off.

Blanchfield’s hunger for advertising did manage to get him on Fox News’ “Tonight With Tucker Carlson” which he probably now wishes he had not gotten.

SEO, or search engine optimization, is a strategy to place websites and/or pages at the top of search results by using techniques to make the pages more appealing to the algorithms employed by companies like Google or Microsoft.

One thing Mr. Blanchfield should consider is that from this moment forward when anyone searches for an SEO service provider, his comments deriding someone for their choice of candidate or political affiliation will likely show up.

who would do business with an emotionally distraught man more focused on partisan pity than the quality of his product?

If Mr. Blanchfield was wondering how to be inclusive, here’s an example that will likely affect him:

"Business owner refusing service to Trump supporters" — https://t.co/BSLfEcbwSN Contact us if you're in need of service. #DMG #1stInSEO

Support Conservative Daily News with a small donation via Paypal or credit card that will go towards supporting the news and commentary you've come to appreciate.
Tags
1st in SEO Mathew Blanchfield New Mexico