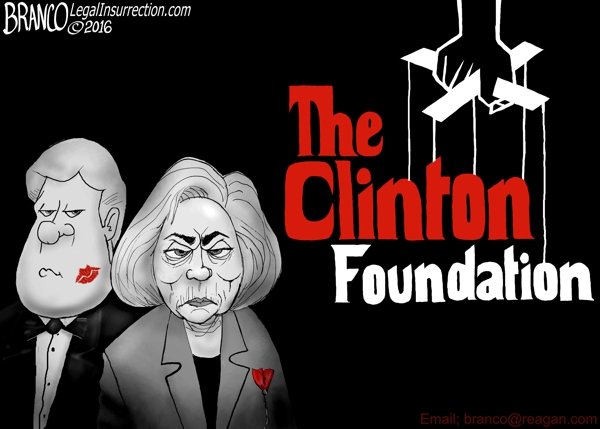 The Clinton family went from “not only dead broke, but in debt” when leaving the White House to being worth over $30 million thanks to their charitable foundations – which now look even more like scams as country after country starts pulling money and looking into the money that already went to the Clintons’ highly-questionable charities.

Australia announced on Friday that it has ceased payments to the Clintons’ money-laundering front on Friday.

Which might make you wonder: Why were we donating to them in the first place?

The federal government confirmed to news.com.au it has not renewed any of its partnerships with the scandal-plagued Clinton Foundation, effectively ending 10 years of taxpayer-funded contributions worth more than $88 million.

Australia isn’t the only one bugging-out. Norway has decided that a Clinton with no influence is not worth of its bribery … er ..  donation money (quote translated from original language article.)

It is one-fifth of last year’s contribution, when nominating election campaign before the US primaries was in full swing, and the Clinton Foundation came under the spotlight in the US press.

According to the New York Post, the French may also have a bit of a problem with Hillary’s source of income:

Days after Hillary Clinton’s election defeat, French federal comptrollers began following a trail of tens of millions in government money that ended up in Clinton Foundation coffers, according to a document reviewed by The Post.

The key to all of this is timing. Why now if all of this corruption has been going on for so long? The answer is two-fold.

First, Hillary has no influence left to peddle and Donald Trump will not play ball.

And the piece-de-resistance came from President-elect Donald Trump. Many rushed to point at Trump’s pulling back from requesting a special prosecutor against the Clintons as an election promise waffle, but this weekend, according to the New York Post, – he went Trump on ’em:

A source close to President-elect Donald Trump’s transition team told The Post that the new administration plans to pressure the US ambassadors it will name to bring up the foundation with foreign governments — and suggest they probe its ­financial dealings.

Perhaps those governments are trying to get out from under the Clinton corruption scandal while – and if – they can.