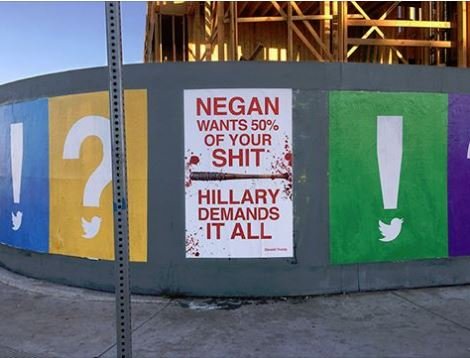 Sabo has been at this throughout the campaign with works like “Hillary and the Black Community”: 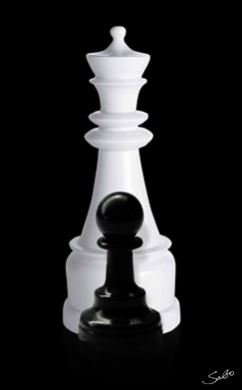 And Sabo’s reflection on the choice between the lesser of two evils: 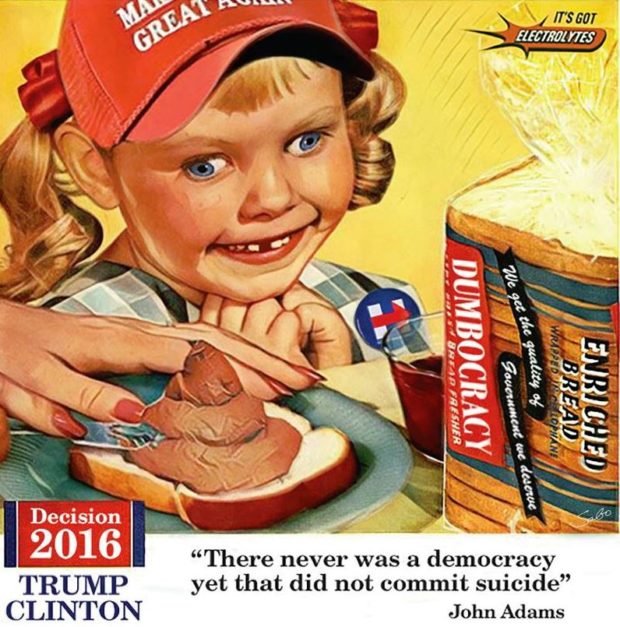 Sabo’s art and commentary are not without controversy.

In February of 2016, former candidate for President Ted Cruz had his campaign remove Sabo items from their online store after pressure from “The Young Turks.”

Ted Cruz’s presidential campaign removed items from its online store Tuesday from an artist with a history of making controversial, and at times racist, statements online.

The artist, who goes by Sabo, said Tuesday morning that the Cruz campaign abruptly removed his art from its website after a critical segment on the liberal talk show “The Young Turks.”

“TEAM CRUZ BENT TO THE YOUNG TURKS AND TOOK ME OFF THEIR SITE,” Sabo wrote on Twitter.

Later, Sabo commented on the removal saying “I stand behind every word. Mr. Cruz doesn’t stand over my [shoulder] approving the things I say so I’d appreciate it if you didn’t try hanging my statements around his neck. He’s a good man trying to help this country.”

Support Conservative Daily News with a small donation via Paypal or credit card that will go towards supporting the news and commentary you've come to appreciate.
Tags
2016 Election News Sabo Ted Cruz The Walking Dead