There is plenty of nuttiness being uttered during this campaign season that gives any sentient voter cause to pause, but sometimes the inanity advances to the level of being outright ludicrous and fallacious. Hillary Clinton, and her sidekick Tim Kaine, engaged in the latter in their recent debates, and in the process, proved they have not the slightest notion of the laws of economics, proving that neither is sufficiently competent to stand at the head of, let alone lead, the largest economy in the world. 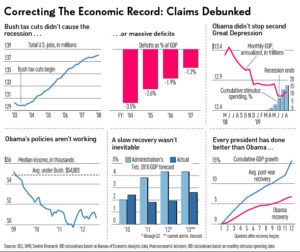 In her debate two weeks ago, Clinton declared, “Well, let’s stop for a second and remember where we were eight years ago. We had the worst financial crisis, the Great Recession, the worst since the 1930s. That was in large part because of tax policies that slashed taxes on the wealthy, failed to invest in the middle class, took their eyes off of Wall Street, and created a perfect storm.”

Earlier in the evening Clinton ignorantly and obliviously stated, “Trickle-down did not work,” employing the popularly and fallaciously derisive name for tax cuts that dates from the presidency of Ronald Reagan. “It got us into the mess we were in, in 2008 and 2009. Slashing taxes on the wealthy hasn’t worked.”

As if to not let his running mate hog the spotlight, displaying her abject ignorance on economics alone, Vice Presidential nominee Tim Kaine said in his debate with Rick Pence, “The Trump tax plan is massive tax breaks for the very top, trillions of dollars of tax breaks for people just like Donald Trump. The problem with this, Elaine, is that’s exactly what we did 10 years ago and it put the economy into the deepest recession — the deepest recession since the 1930s.” 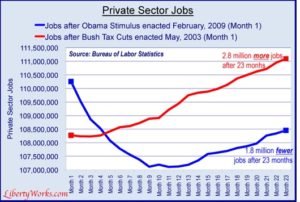 The statements are blatantly false – lies if you will – and only resonate with those of modest IQ’s and negligible economic savvy. Such should not surprise us, however, coming from the Democrat nominee and her running mate. After all, their entire platform is wholly based on populist memes and “feel good” ideology that appeal in an acquisitive way to the base desires of their devotees. The only way to make them appear credible, in the face of facts and truths to the contrary, is to repeat them enough times that the uninformed, ill-informed, and misinformed voter actually begins to believe them.

There is no school of thought, in economic theory that advances the notion that tax cuts create recessions. Keynesian, classical, and even monetarist theories acknowledge the stimulative effects of reducing taxes on an economy. Tax cuts boost post-tax incomes, providing citizens with more money to spend, which in turn generates additional economic activity and income creation and growth for others. This is especially true when tax cuts are across the board, benefiting lower income, middle income, as well as upper income taxpayers. This was what the 2003 Bush tax cuts did: they reduced rates for all. And for those who have difficulty with the laws of economics, economic expansion and growth are antithetical to recession. I have no idea what “economic theory” Clinton and Kaine subscribe to, but it’s not based in actual laws of economics and has no basis in reality. 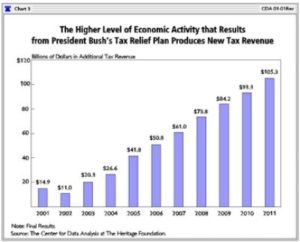 Economists on both the right and the left, scoff at the Clinton/Kaine “tax cuts create recessions” myth. Dean Baker, co-director of the Center for Economic Policy and Research, a liberal think tank, said he “can’t think of any way they were a factor at all.” Cato Institute economist Dan Mitchell, concurred, stating “Hillary is spouting nonsense. No economic theory links tax cuts or, for that matter, tax increases, to financial market meltdowns.”

What tax cuts do is increase economic activity. The results were remarkable during the Reagan era. During the 92 months of expansion (a U.S. record), after the Reagan tax cuts were implemented, the economy grew more than 30%, creating 20 million new jobs, increasing non-farm payrolls by 20%, which reduced unemployment from 10.8% to 5.3% by 1989. Disposable income per capita increased by 18%, increasing the standard of living by nearly 20% in just seven years. And significantly, the poverty rate dropped by nearly 20% from its peak in 1984.

What Clinton and Kaine are doing is classic misdirection, a la Saul Alinsky’s “Rules for Radicals.” They employ Alinsky’s rules 5 and 12 to demonize the concept of tax cuts. “Rule 5: Ridicule is man’s most potent weapon.” “Rule 12: Pick the target, freeze it, personalize it, and polarize it.” By fallaciously demonizing and ridiculing tax cuts, they are attempting to neuter the economic plans of the Republican nominee. But their success in doing so is totally dependent upon an economically illiterate and ignorant voter base. 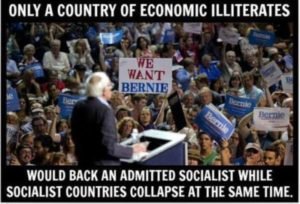 And regrettably, most of the liberal voting base is economically illiterate. Just a few years ago, Daniel Klein, who conducted economic literacy research for Zogby, found that the further to the left one moves on the political spectrum, the more ignorant they are of the laws of economics. As he explained, “The left flunks Econ 101.” Explaining the results, Klein queried, “How did the six ideological groups do overall? Here they are, best to worst, with an average number of incorrect responses from 0 to 8: Very conservative, 1.30; Libertarian, 1.38; Conservative, 1.67; Moderate, 3.67; Liberal, 4.69; Progressive/very liberal, 5.26.”

So it’s easy to see how Hillary’s vacuity and ignorance would play so well with her devotees. What you will never hear her say is the truth about the cause of the financial meltdown and recession from eight years ago: government programs. Yes, federal government regulation meddling with lending rules for home ownership caused the collapse and the ensuing recession. Starting with the Community Reinvestment Act of 1977 by the Carter administration, and then fervidly enforced in the 1990’s by the Clinton administration. 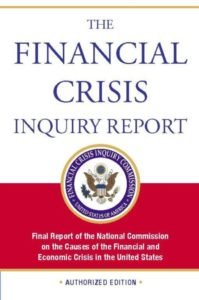 Government created the problem by socially engineering the lending process and pushing lenders too far to make mortgages to too many and for too much, whether they could afford them or not creating the subprime lending bubble. The foolhardy governmental mortgage lending policies brought our financial industry’s “chickens home to roost.” As the Investor’s Business Daily observed at the time, “the law of unintended consequences of government policy is now fully manifest.” A more thorough explanation of the causes is available here.

No, you’ll never hear Clinton or Kaine acknowledge that it was Democrat administration policies that caused such economic mayhem. After all, that would be telling the truth, which is obviously something both have a hard time doing!