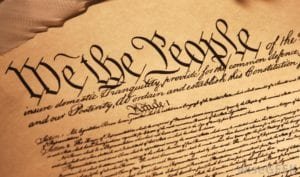 There clearly is some misunderstanding about what is deemed constitutional and what is not. Even if one has the most stringent, literal interpretation of the governmental powers and rights enumerated in our founding legal document, the Constitution, there are a lot of changes that have been made to the literal meaning of the document over the past 227 years.

Those changes are not just in the form of Amendments, of which we have 27. They also come in the form of legislative statute and Supreme Court precedent, which have largely redefined the relationship of the average citizen to the federal government, and severely restricted individual liberty. The result is that very little that is in the Constitution is literally applied today, much to the consternation of those of us who believe in freedom and limited governmental power over the individual. 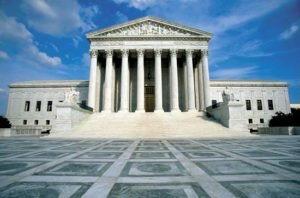 Nearly every concept and precept embedded in the Constitution has been altered or redefined since the document was adopted in 1789. Every legislative statute and judicial ruling, refines, redefines or reinterprets aspects of our foundational legal document. If an Act of congress passes and is signed into law, it builds upon the body of law interpreting the powers granted to them by our most cherished political parchment. If such an Act is challenged through the judicial system, and is either validated or invalidated by judicial ruling, the highest jurisdictional ruling on the Act stands, thereby defining anew some aspect of our relationship with the Constitution.

Examples of this are plentiful, but just a few samples will illustrate. Nowhere in the Constitution do we read that failure to be warned against making self-incriminating statements is a violation of our constitutional rights, yet Miranda v Arizona (1966) requires the Miranda Warning be issued. And nowhere in the Constitution is found the right of government to mandate purchase of a product or a service, yet NFIB v Sibelius (2012) upheld the government’s requirement, as mandated in the Affordable Care Act, to purchase health insurance. And even though the 2nd Amendment to the Constitution states, “the right of the people to keep and bear Arms, shall not be infringed,” there are at least 271 federal, and perhaps as many as 20,000 state and local gun-control laws on the books that directly infringe on that declared right. 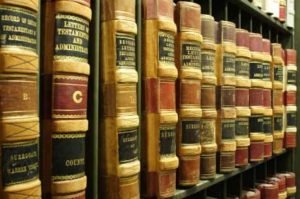 Statute and judicial precedence redefine constitutionality, whether we like it or not. But that verity does not obviate the need to be well versed on what the founders envisioned for this land of liberty, as codified in our Constitution. If we are to preserve our land of liberty, a return to our founding principles is requisite. That’s why September 17th was declared Constitution Day, and September 17-23 of each year was designated Constitution Week, by joint Congressional Resolution, and the signature of then President Dwight D. Eisenhower in 1953. September 17, 1787 marks the historic signing of the Constitution of the United States of America, which was then ratified and put into effect two years later.

The Constitution is prefaced with three important words, “We The People,” acknowledging, for the first time in human history, formation of a nation and a government that derived its power from the consent of the people. And as its citizens, and the collective holders of the power from which our government claims its authority, we must needs be informed, educated, and knowledgeable of our role in governance, and the document which assures us, at least ostensibly, of our inalienable rights. 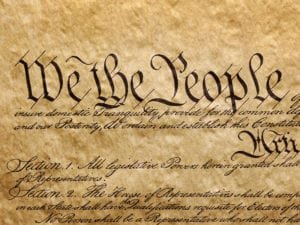 Thomas Jefferson acknowledged this, when he said, “I know no safe depository of the ultimate powers of the society but the people themselves; and if we think them not enlightened enough to exercise their control with a wholesome discretion, the remedy is not to take it from them but to inform their discretion by education. This is the true corrective of abuses of Constitutional power.”

Over the course of the past several years, the abuses of Constitutional power by our government have increased exponentially. There has never been a time in our history when remedial education of citizenship and the Constitution have been more essential.

That is precisely the objective of Constitution week, to 1) emphasize our responsibility of protecting and defending the Constitution to preserve it, and our freedoms, for posterity; 2) to understand the unique and binding nature of the Constitution in our heritage as Americans; and 3) to study and more fully comprehend the historical events surrounding the founding of our country.

Those who serve as our elected representatives, as well as those who don the nation’s uniform, take an oath of fealty to the Constitution, and vow that they will support and defend it against all foes, foreign and domestic. I often reflect how all of us, as citizens, should take a similar oath. For if we did, the abuses of power, usurped and purloined from the citizens, would be so much less likely to occur as we observe on a nearly daily basis in news emanating from our seats of government.

Albert Einstein, an immigrant to America, recognized the need for all citizens to be informed, educated, and resolute in preserving our rights, which include limitation of the powers of the state. Said he, “The strength of the Constitution lies entirely in the determination of each citizen to defend it. Only if every single citizen feels duty bound to do his share in this defense are the constitutional rights secure.” With so many of our fellow citizens more concerned about getting their share of government largesse at the expense of their taxpaying neighbors, the determination to defend and support the Constitution and our liberties is commensurately diminished.

It’s difficult for us as a citizenry, to stand collectively and individually against those who seek to subvert our liberties if we suffer from abject ignorance of what those rights are, and what our government was constructed to do, and not to do. It is readily apparent from blogs and social media that great numbers of our fellow citizens suffer from acute ignorance of our founding documents, as they opine based on ideological assumptions rather than what the Constitution authorizes or allows.

Consequently, the primary objective of Constitution Day is to increase our understanding and knowledge of our founding documents and the rights and privileges assured thereby. Ignorance, apathy, and selfishness are pitiful excuses for citizens in a constitutional republic that was founded upon principles of individual liberty and limited governmental power!

It’s incumbent upon each of us as citizens to avail ourselves the opportunity to become more informed, more educated, and more proactive citizens by reading our Constitution and studying the history surrounding its ratification. I’m convinced most of those who are critical of our Constitution will be amazed at what is in it, but perhaps even more, by what is not.

Support Conservative Daily News with a small donation via Paypal or credit card that will go towards supporting the news and commentary you've come to appreciate.
Tags
Constitution Week The U.S. Constitution