If there are any Democrats that happen to read this, my question to you is this, how can you look at yourself in the mirror and call yourself a Democrat after that sorry showing at the Democratic Convention? What went on at that convention was a disgrace, which is proof once again that the Democratic Party of old is long gone.

Where were the flags? The first day of the convention not a American flag was to be found, but if you looked in the audience you could see a Palestinian flag waving high and the Mexican flag was seen flying as well. In the middle of the second day, still no flag, but after the Republicans pointed out what a disgrace it was, we spied someone running from the side with an American flag they found some where, no one knows where but they made sure the camera was on them. At least this time they did not vote God out of their platform. 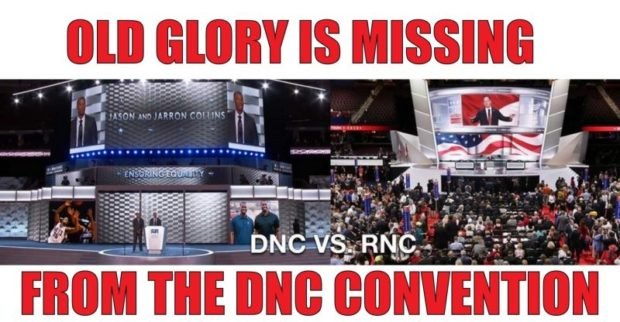 Next, they did not allow any police officers in uniform on the convention floor; their excuse was that “They did not want to offend anyone.” Not offend anyone? Why did they allow the mothers of the black criminals who were shot and killed to speak? That offended me. Criminals are celebrated by the Democrats, but the officers that protect us every day and put their lives on the line are not. After that embarrassment the next day they had an officer speak, but when she asked for a moment of silence for the fallen officers the shouts of black lives matter rang out from the convention floor. Despicable.

The leader of the National Fraternal Order of Police said that Hillary sent a signal through her staff that she wouldn’t be seeking the union’s endorsement. “It sends a powerful message. To be honest with you, I was disappointed and shocked,” said Chuck Canterbury, the president of the National Fraternal Order of Police.  “You would think with law enforcement issues so much in the news that even if she had disagreements with our positions, that she would’ve been willing to say that.”

The NFOP asks candidates to fill out questionnaires to allow them to determine their choice for endorsement. Donald Trump has completed his questionnaire, but they never heard back from Hillary. Instead, her staff finally responded with a “thanks but no thanks” Asked whether he thought Clinton respected the police, Canterbury said, “Can’t answer that question. Don’t know.” Asked the same question, the police union’s national executive director, Jim Pasco, said, “I don’t know. She isn’t talking to us.” “You can quote me on that,” he added.

But who does Hillary throw her support behind? Black lives matter that’s who. Hillary and her campaign seem to be betting that snubbing the cops will help build loyalty and emotional ties to the activists and their allies. Throwing her support behind a group that want to kill as many cops as they can just shows you where the Democratic Party has fallen and I can’t believe that in America this can happen.

As for Donald Trump, he has already come out as the Law & Order candidate and a strong supporter of the police and our military. If Americans turn out for the Democrats and the BLM movement then America has truly lost its way.

Let’s not forget the X- Democratic National Committee Chairwoman Debbie Wasserman Schultz, she alone should make anyone embarrassed to be a Democrat. 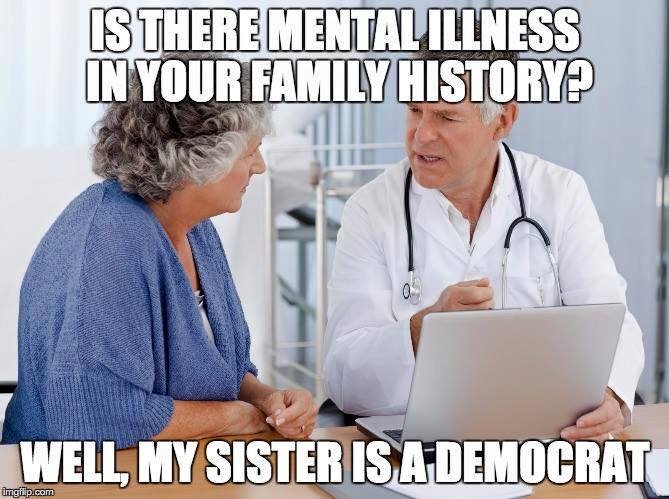