In a speech by Donald Trump in New Hampshire he said; “Each year, the United States permanently admits more than 100,000 immigrants from the Middle East, and many more from Muslim countries outside the Middle East. Our government has been admitting ever-growing numbers, year after year, without any effective plan for our security.

Hillary’s plan is to have a 500 percent increase in Syrian refugees coming into our country, tell me, tell me, how stupid is that?”

I guess Hillary forgot about the sexual assaults in Cologne Germany last January when about 1,000 drunk and aggressive refugees attacked women near the city’s iconic cathedral. German media reports, the list documents more than 160 instances of rape and sexual assault committed by migrants in train stations, swimming pools and other public places against victims as young as seven. Hey Hillary children as young as seven, get your head out of your ass.

Not only Germany, but all over Europe and especially Sweden. Sweden began opening its doors to Muslim immigrants in the 1970s. Today it pays a high price for having done so. The group suffering the severest consequences of such an open door policy has been Swedish women,” according to The Daily Caller.

“As Muslim men immigrated to Sweden, they brought with them an Islamic culture sanctioning rape. It is a culture bad enough inherently in the treatment of its own women. Under sharia, Muslim women serve little more purpose beyond catering to their husbands’ sexual demands. A non-submissive wife runs the risk of being raped by her husband.” Is that what we want here?

It was reported that as many as 5000 ISIS terrorists are believed to have slipped into Europe, using forged Syrian passports. Many of our generals have stated that the same thing will happen here, but will Hillary listen? No, her and her party believes non-Americans should come before American citizens’ safety, as long as they have that touchy feely attitude we will never be safe.

Last year, FBI Director James Comey confirmed to the US Senate committee that Islamic State terrorists had obtained at least one printing machine being used to provide militants with authentic-looking Syrian passports. But does Hillary care? Obviously not, because she still wants more Syrian refugees let into our country, upping it over 500%.

Just last week, again in Germany a Syrian asylum-seeker killed a pregnant woman with a machete and wounded two others. A Syrian refugee blew himself up and injured 12 innocent bystanders when he detonated a bomb near a bar after being turned away from a packed music festival. These people are animals and their purpose in life is to destroy us, but Hilly seems to be oblivious to any of this. In France a Catholic priest was beheaded while serving mass, like I said, animals.

Hillary is dangerous for America, she was careless with top secret e-mails and she has no problem letting more Syrian refugees in to our country, she will not keep us safe. I have children and a grandchild and I will sleep a lot better when Trump is in the White House. Hillary has always been a disaster, she is out only for herself; this country is in big trouble if she is elected. Vote Trump. 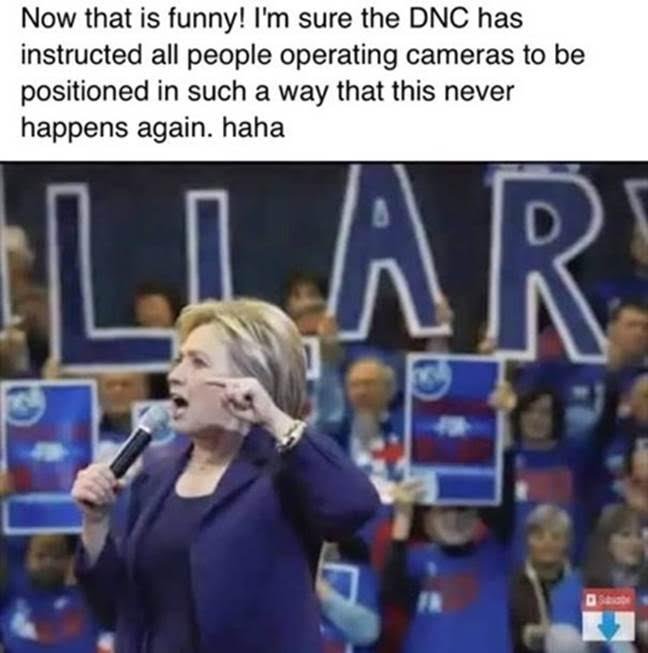