You know that old saying, “people who live in glass houses shouldn’t throw stones” or is it walk around naked? Either way you shouldn’t do either one. This brings me to the disaster that is the Democratic Party. For months the Democrats have been gushing with happiness because it seemed like the Republican Party was falling apart. There was talk of a third party candidate to run against Trump; the majority of Republicans were against Trump and so on.

Well it seems like the Democrats should have been looking in their own backyard because now their Party is the one that is falling apart. After the West Virginia primary, polls show that more than 40 percent of Sanders voters would support Trump, not Hillary. Then there was that fiasco at the Nevada Democratic Convention where all hell broke loose. Riots broke out because Sanders supporters claimed Hillary supporters were cheating on the delegate count. I haven’t seen so many chairs being thrown around since I got into a bar fight in 1975.

Up until now, many political observers thought that the Republican convention would be where all the rioting would take place because of all the problems at Trump rallies. Just let me say that at the Trump rallies it was always those Liberal agitators that started the problems. If you look at the Democratic rallies, they always fight amongst themselves. It got so bad at the convention in Nevada that the state party chairwoman, Roberta Lange, had to call the police for protection.

Sanders supporters left threatening messages and texts for Ms. Lange, such as:

“I wouldn’t vote for Hillary even if she was running against Hitler.”

“Bitch, answer me, how much did the Hillary campaign pay you for that shit?”

“You stupid ass bitch, we’re coming for your ass.”

And a lot more that I wouldn’t even print. Don’t you just love it when Liberals attack each other?

Many people are saying that we might see a remake of the 1968 Democratic Convention, for those of you who weren’t around then, it wasn’t pretty. In Chicago 1968 over 10,000 protesters ran into hundreds of riot police who proceeded to kick a lot of hippie ass, the aftermath was the Democratic Party losing to Nixon in a landslide. The now famous chant by the protesters was “The whole world is watching.”

Well the whole world will be watching again come the Democratic Convention in Philadelphia and it just might be 1968 part two. 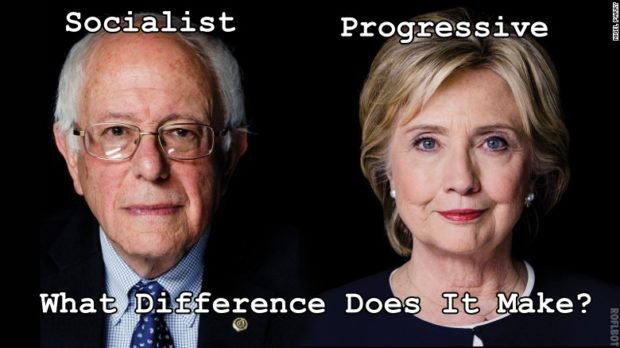