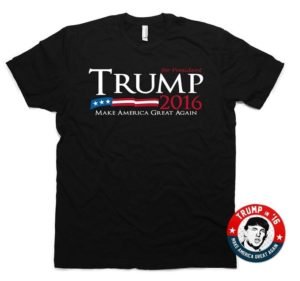 According to a New York Post article, a rabid feminist group is claiming to represent Amazon’s shareholders while demanding that the retail giant not sell Trump  merchandise.

UltraViolet is a powerful and rapidly growing community of people from all walks of life mobilized to fight sexism and expand women’s rights, from politics and government to media and pop culture. UltraViolet works on a range of issues including health care, economic security, violence, reproductive rights, racial justice, and immigration by putting the voices of all women, especially women of color and LGBTQ women, front and center.

Looking through the UltraViolet website, I couldn’t find a single campaign railing against Hillary or Bill Clinton for their mistreatment of women. Hillary doesn’t pay equal wages to her female staffers and certainly did no favors for Bill’s list of romps in the hay.

The  team at UltraViolet is a who’s who of Organizing for America (OFA) and MoveOn.org  staffers, leadership and volunteers. Their mission statement does nothing to hide their leanings either:

At UltraViolet, we combine innovative, cutting-edge organizing with grassroots, people-powered actions to fight for equality and progress.

UltraViolet’s bullying of Amazon isn’t really about women’s rights or equality or anything of the kind. This is a pure political play to remove a channel from the Republican candidate to his supporters. UltraViolet is making a thinly-veiled attempt at hurting Trump’s ability to raise funds and share his message.

Amazon has the right to disallow anyone to sell their merchandise through their platform should they so wish. Considering the popularity of the Trump movement, it could hurt a bit to mix business with politics.

Want to let Amazon.com know how you feel? Go HERE.

Support Conservative Daily News with a small donation via Paypal or credit card that will go towards supporting the news and commentary you've come to appreciate.
Tags
2016 Election News Amazon.com UltraViolet