The Nor’easter primaries that included Maryland, Connecticut, Pennsylvania, Rhode Island and Delaware were uneventful and it appears that most people didn’t even care that they were happening.

According to Google Trends, which captures searches on the internet, the primaries, candidates, campaigns and coverage .. went largely ignored. 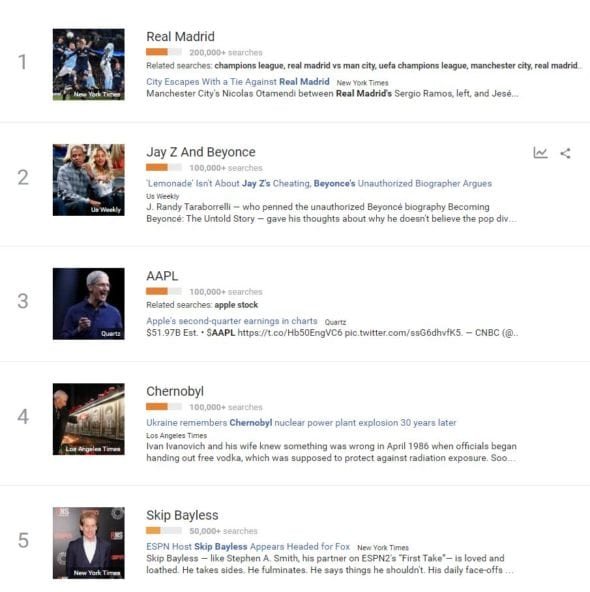 While the graphic doesn’t show it, none of the political happenings of the night even made the top 1o – on a Tuesday night… when everything on TV sucks…

Our “education” system has succeeded in making politics uninteresting and parents are just trying to keep the house paid for which is likely why this year’s presidential election may devolve into ‘Triumph the Comic Insult Dog” vs. the Evil Witch of the East.

Oh, and just in-case you don’t know who Triumph is…